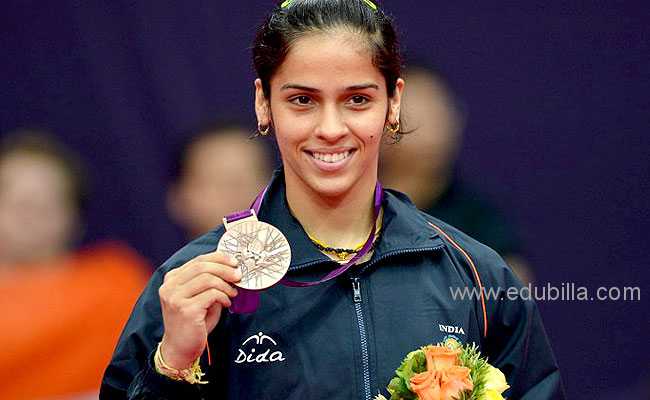 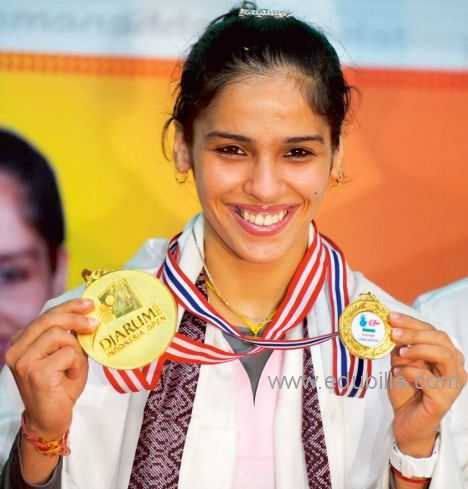 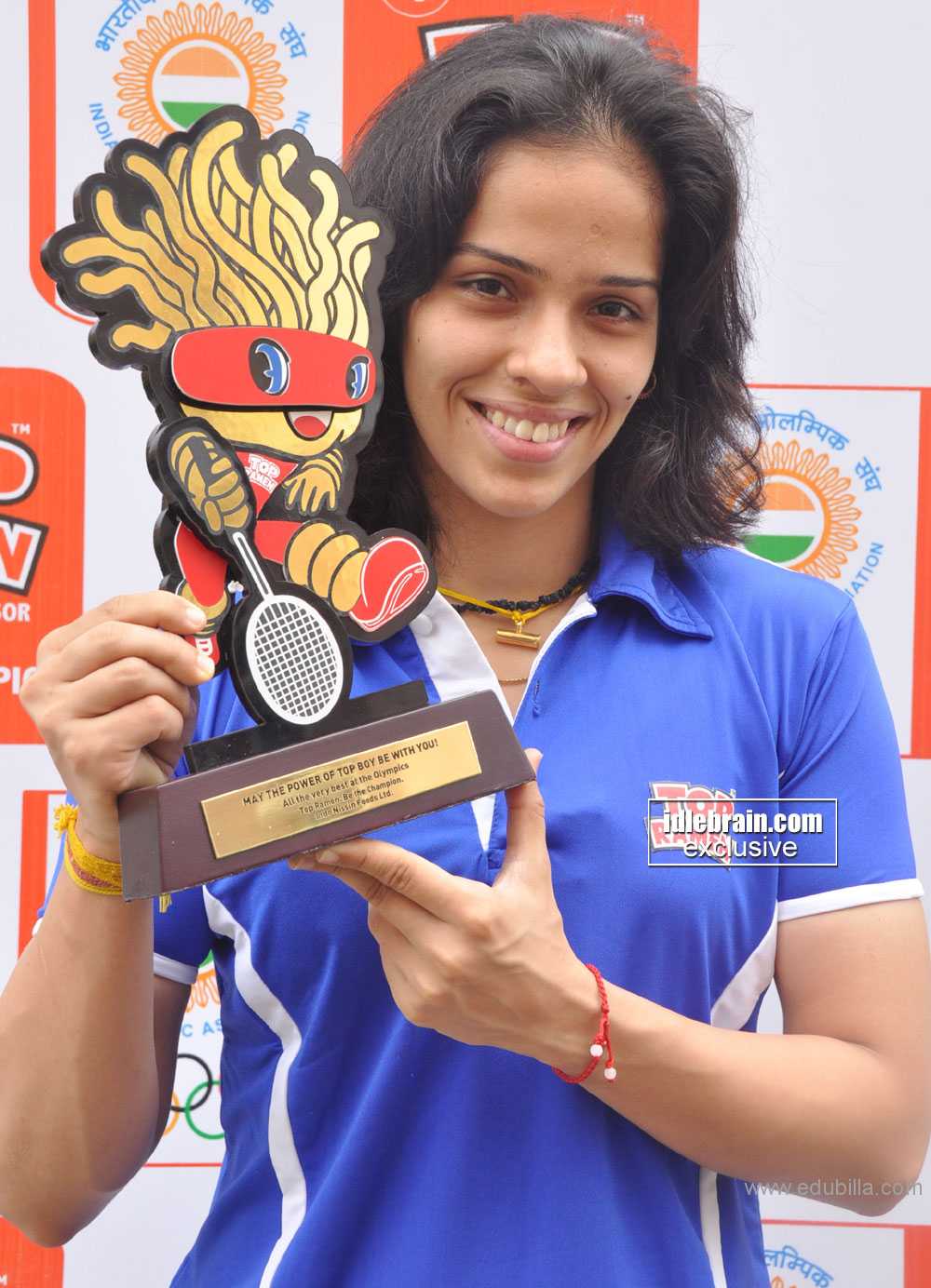 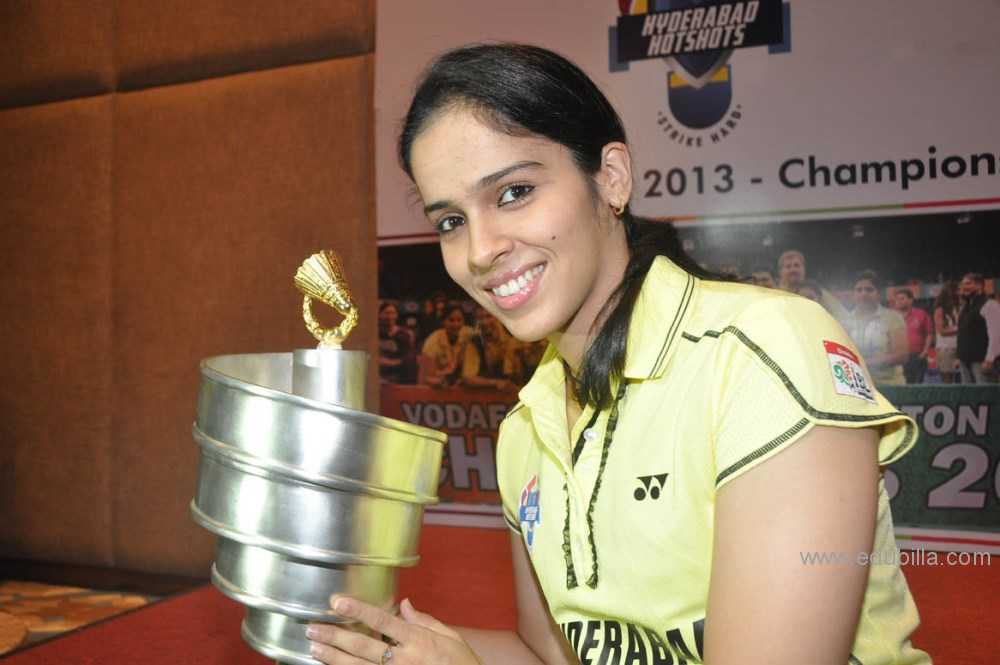 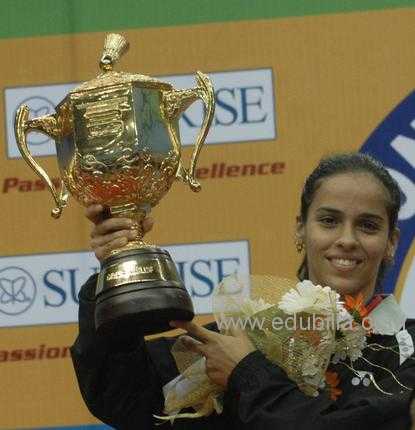 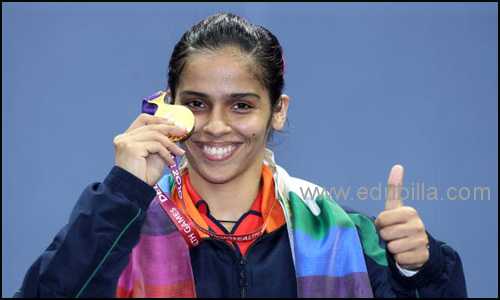 Saina was initially coached by S. M. Arif a Dronacharya Award winner, and then by Pullela Gopichand till 2014 September. Saina is the reigning Indian national champion and is currently coached by the former Indian badminton champion and national coach U. Vimal Kumar. Saina Nehwal plays for Hyderabad Hotshots in Indian Badminton League.

The Arjuna Awards are given by the Ministry of Youth Affairs and Sports, government of India to recognize outstanding achievement in National sports. Instituted in 1961, the award carries a cash prize of INR 500,000, a bronze statuette of Arjuna and a scroll.

The Rajiv Gandhi Khel Ratna (RGKR) is India’s highest honour given for achievement in sports, given by the Ministry of Youth Affairs and Sports, government of India.[1] The words "Khel Ratna" literally mean "sports gem" in Hindi. The award is named after the late Rajiv Gandhi, former Prime Minister of India. It carries a medal, a scroll of honour and a substantial cash component. Up to 2004–05, the cash component was Rs. 500,000/- (c.11,500 USD). In 2005, the money has been increased from Rs. 500,000 to Rs. 750,000.

Padma Shri (also Padmashree) is the fourth highest civilian award in the Republic of India, after the Bharat Ratna, the Padma Vibhushan and the Padma Bhushan. It is awarded by the Government of India. The award is announced every year on Republic Day

The CNN-IBN Indian of the Year is an award presented annually to various Indians for their work in their respective fields by the Indian media house CNN-IBN. The awards are presented in various categories of Politics, Sports, Business, Entertainment, Public Service and Global Indain.

In its 9th edition, ‘CNN-IBN Indian of the Year’ has cemented its position as the biggest awards in the domain of News television and an institution of impeccable credibility.

The awards adhere to a robust selection procedure in selecting the awardees, that begins with an editorially driven nomination process overseen by our Editorial Board leading to the final selection of winners by a Jury consisting of a select group of distinguished personalities.