Foundation stone of the first and foremost lab. School of Haryana was laid by the then Chief Minister of the state on September 09,2000.In a short span of less than 3 years ,it was inaugurated on February 23,2003.The school came into working from April 22,2011 when hon’ble Chief Minister of the state,Mr. Bhupender Singh Hooda inaugurated the school on 20th April 2011.Sarvepalli Radhakrishnan school is set up as a lab school based on American psychologist John Dewey’s theory of experiential schools set up in America in 1930s. Dewey believed that students should be involved in real-life tasks and challenges so that students should be involved in real- life tasks and challenges and there could be focus on teacher, student and environmental interaction rather than traditional lectures. Educators are responsible, therefore, for providing students with experiences that are immediately valuable and which better enable the students to contribute to society. Learning by doing is more fun and results in long term gains. Children construct their own knowledge depending on their interest and capability.

Give the pupils something to do, not something to learn; and the doing of such a nature as to demand thinking; learning naturally results 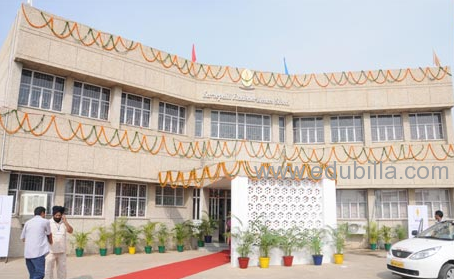