In academic session 15-16, the school is running classes from LKG-5. Every year one new class is getting added(it will run classes till 6 in academic year 16-17), and it will be providing education till 10+2.

It aims to utilize best practices from leading teaching methodologies and creatively adapt it to local surroundings to keep it affordable without compromising the quality. It is an initiative to bring the rural children at par in education with children in metro cities. We strongly believe that each child is born intelligent and has tremendous potential to excel if provided right learning environment, infrastructure and encouragement. It will be our endeavor to nurture the potential of each kid, by aiming for holistic education, utilizing various teaching methodology and tools to appeal to each child, and make learning process interesting.

As our logo depicts, holistic education provided by us involves academics as well as extra-curricular activities like sports, music, crafts, dance, team-building exercises etc. Academics will also go beyond regular way of teaching by focusing on world renowned “Learning by Doing” and various multimedia medium for rich experience and learning of children. Our results at various National and State level competition reflect the same and compare the children against the best. The teaching is imparted by dedicated teachers and is provided using Learning by Doing methodology to avoid rote learning and keep child's interest and curiosity alive. We also inculcate Indian values in children to make them a good person and responsible citizen.

To be in top 25 schools in India by 2030 measured by
1) Successful academic results of class X and XII
2) Performance in competitive exams like NTSE, Olympiads, Engineering and Medical entrances
3) Performance in sports, arts and music

2) Sports
a) 7 girls and one boy represented Bihar for National U-19 Kho-Kho
b) Our class 4 student won 200m race at district level, competing with much senior contestants
c) Our girls team was runner up in district Kho-kho 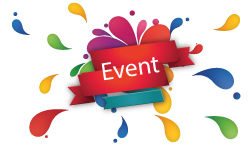 Latest annual function will be held on 19-Mar-16Read More..