Discover all educational resources in Ontario

Ontario /ɒnˈtɛərioʊ/ is one of the ten provinces of Canada, located in east-central Canada. It is Canada's most populous province by a large margin, accounting for nearly 40% of all Canadians, and is the second largest province in total area. Ontario is fourth largest in total area when the territories of the Northwest Territories and Nunavut are included. It is home to the nation's capital city, Ottawa, and the nation's most populous city, Toronto.

Ontario is bordered by the province of Manitoba to the west, Hudson Bay and James Bay to the north, and Quebec to the east, and to the south by the U.S. states of Minnesota, Michigan, New York, Ohio and Pennsylvania. All but a small part of Ontario's 2,700 km (1,678 mi) border with the United States follows inland waterways: from the west at Lake of the Woods, eastward along the major rivers and lakes of the Great Lakes/Saint Lawrence River drainage system. These are the Rainy River, the Pigeon River, Lake Superior, the St. Marys River, Lake Huron, the St. Clair River, Lake St. Clair, the Detroit River, Lake Erie, the Niagara River, Lake Ontario and along the St. Lawrence River from Kingston, Ontario, to the Quebec boundary just east of Cornwall, Ontario.

Ontario is sometimes conceptually divided into two regions, Northern Ontario and Southern Ontario. The great majority of Ontario's population and its arable land is located in the south. In contrast, the larger, northern part of Ontario is sparsely populated. 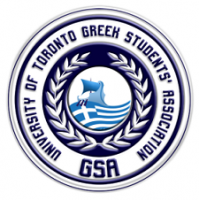 View More
Other Names for Ontario