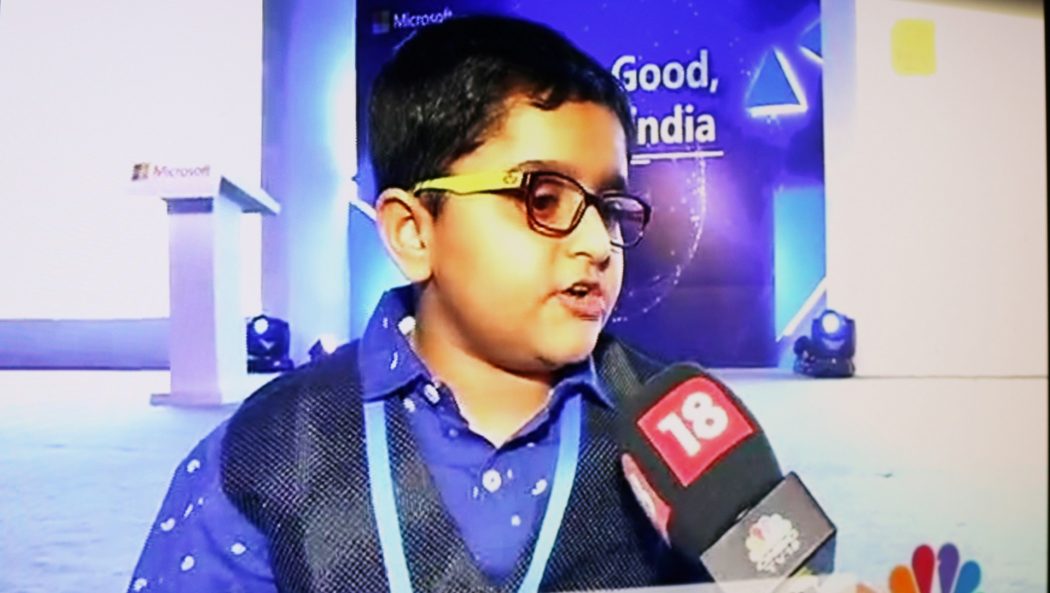 The young student/game developer Medansh Mehta who is just eight year old from Mumbai, shared his gaming application “Let There Be Light” with Microsoft CEO Satya Nadella during a meeting with student developers in India and impressed him. The mobile game focuses on building cities by creating factories and farms in order to construct a metropolis.

The game also focus on the environment and air quality as the players have to balance natural resources and the environment in the construction of their cities in order to succeed. The kid is master in coding process and also he is aware of various issues related to infrastructure and economy of this country.

The game accounts for pollution and environmental degradation in the entire construction of a virtual city; balancing the needs of the people and the environment of an emerging populous from the ground up. It is a great inspiration for what kinds of new thinking can be achieved by youth with access to technology.

Nadella said in his keynote speech that he met an eight-year-old and this is perhaps the time where he felt the most inadequate. The dream of the kid is to create a society that knows how to balance economic growth with environmental sustainability which he has translated into a novel game.

Medansh asked Nadella how he can achieve his dream of becoming Microsoft CEO, to which Nadella said, "You are already ambitious beyond being the next CEO. The game has the sensibility that all of us need." This statement shows us how Nadella was surprised by the eight year old kid.