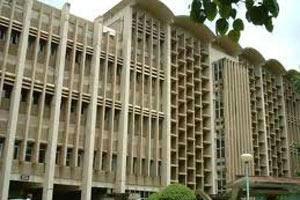 IIT Bombay has emerged as the best technical institute in India and one among the top 100 worldwide according to subject-wise ranking by Quacquarelli Symonds (QS), a leading world university ranking agency.

Delhi University topped the 20 leading Indian universities which featured in the ranking list, bagging the 17th position in the world for its performance in development studies, as per QS University World Rankings by subject released on Thursday.

Nine Indian institutions are listed in the top 100 within nine disciplines, a statement issued by the agency said.

"Indian universities display increased international competitiveness in the top 100 with a stronger presence across the subjects," it said.

In art and design, Shanmugha Arts Science Technology and Research Academy in Thanjavur has been ranked among the top 100, while Indian Institute of Science is in the top 100 for Material Science and Electrical & Electronic Engineering.

The IIT Madras ranks in the top 100 within the disciplines of mechanical, engineering, electrical and electronic engineering and civil and structural engineering.

"Of those places, 37 have moved downwards compared to 2014, 44 have maintained the same position, seven have gone up and 19 are new entries," it added.

On DU's ranking, the university's spokesperson Malay Neerav said, "This is a reflection of the progress made by DU in last four years where it has been continuously ranked number one among Indian universities and our rankings have improved in several disciplines. We are committed to securing a better ranking in future".