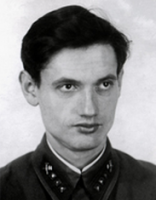 Yevgeny Murzin was a Russian audio engineer and inventor of the ANS synthesizer.

In 1938, invented a design for composers based on synthesizing complex musical sounds from a limited number of pure tones; this proposed system was to perform music without musicians or musical instruments. The technological basis of his invention was the method of photo-optic sound recording used in cinematography, which made it possible to obtain a visible image of a sound wave, as well as to realize the opposite goal—synthesizing a sound from an artificially drawn sound wave.

Despite the apparent simplicity of his idea of reconstructing a sound from its visible image, the technical realization of the ANS as a musical instrument did not occur until twenty years later. Murzin was an engineer who worked in areas unrelated to music, and the development of the ANS synthesizer was a hobby and he had many problems realizing on a practical level. It was not until 1958 that Murzin was able to establish a laboratory and gather a group of engineers and musicians in order to design the ANS. 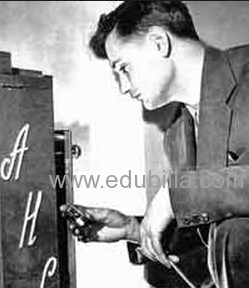 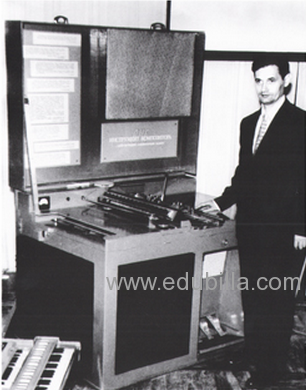