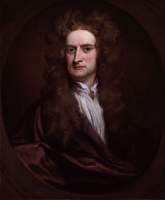 English physicist and mathematician Sir Isaac Newton, most famous for his law of gravitation, was instrumental in the scientific revolution of the 17th century.Born on January 4, 1643, in Woolsthorpe, England, Isaac Newton was an established physicist and mathematician, and is credited as one of the great minds of the 17th century Scientific Revolution. With discoveries in optics, motion and mathematics, Newton developed the principles of modern physics. In 1687, he published his most acclaimed work, Philosophiae Naturalis Principia Mathematica (Mathematical Principles of Natural Philosophy), which has been called the single most influential book on physics. Newton died in London on March 31, 1727.

On January 4, 1643, Isaac Newton was born in the hamlet of Woolsthorpe, Lincolnshire, England. He was the only son of a prosperous local farmer, also named Isaac Newton, who died three months before he was born. A premature baby born tiny and weak, Newton was not expected to survive. When he was 3 years old, his mother, Hannah Ayscough Newton, remarried a well-to-do minister, Barnabas Smith, and went to live with him, leaving young Newton with his maternal grandmother. The experience left an indelible imprint on Newton, later manifesting itself as an acute sense of insecurity. He anxiously obsessed over his published work, defending its merits with irrational behavior.

At age 12, Newton was reunited with his mother after her second husband died. She brought along her three small children from her second marriage. Newton had been enrolled at the King's School in Grantham, a town in Lincolnshire, where he lodged with a local apothecary and was introduced to the fascinating world of chemistry. His mother pulled him out of school, for her plan was to make him a farmer and have him tend the farm. Newton failed miserably, as he found farming monotonous.

He soon was sent back to King's School to finish his basic education. Perhaps sensing the young man's innate intellectual abilities, his uncle, a graduate of the University of Cambridge's Trinity College, persuaded Newton's mother to have him enter the university. Newton enrolled in a program similar to a work-study in 1661, and subsequently waited on tables and took care of wealthier students' rooms.

When Newton arrived at Cambridge, the Scientific Revolution of the 17th century was already in full force. The heliocentric view of the universe—theorized by astronomers Nicolaus Copernicus and Johannes Kepler, and later refined by Galileo—was well known in most European academic circles. Philosopher René Descartes had begun to formulate a new concept of nature as an intricate, impersonal and inert machine. Yet, like most universities in Europe, Cambridge was steeped in Aristotelian philosophy and a view of nature resting on a geocentric view of the universe, dealing with nature in qualitative rather than quantitative terms.

During his first three years at Cambridge, Newton was taught the standard curriculum but was fascinated with the more advanced science. All his spare time was spent reading from the modern philosophers. The result was a less-than-stellar performance, but one that is understandable, given his dual course of study. It was during this time that Newton kept a second set of notes, entitled "Quaestiones Quaedam Philosophicae" ("Certain Philosophical Questions"). The "Quaestiones" reveal that Newton had discovered the new concept of nature that provided the framework for the Scientific Revolution.

Though Newton graduated with no honors or distinctions, his efforts won him the title of scholar and four years of financial support for future education. Unfortunately, in 1665, the Great Plague that was ravaging Europe had come to Cambridge, forcing the university to close. Newton returned home to pursue his private study. It was during this 18-month hiatus that he conceived the method of infinitesimal calculus, set foundations for his theory of light and color, and gained significant insight into the laws of planetary motion—insights that eventually led to the publication of his Principia in 1687. Legend has it that, at this time, Newton experienced his famous inspiration of gravity with the falling apple.

When the threat of plague subsided in 1667, Newton returned to Cambridge and was elected a minor fellow at Trinity College, as he was still not considered a standout scholar. However, in the ensuing years, his fortune improved. Newton received his Master of Arts degree in 1669, before he was 27. During this time, he came across Nicholas Mercator's published book on methods for dealing with infinite series. Newton quickly wrote a treatise, De Analysi, expounding his own wider-ranging results. He shared this with friend and mentor Isaac Barrow, but didn't include his name as author.

In June 1669, Barrow shared the unaccredited manuscript with British mathematician John Collins. In August 1669, Barrow identified its author to Collins as "Mr. Newton ... very young ... but of an extraordinary genius and proficiency in these things." Newton's work was brought to the attention of the mathematics community for the first time. Shortly afterward, Barrow resigned his Lucasian professorship at Cambridge, and Newton assumed the chair.

Prominent English physicist Sir Isaac Newton received several awards and honors such as a knighthood, the top mathematics professor at Cambridge University, admission to the Royal Society, a seat in Parliament and burial in Westminster Abbey. Newton lived from Jan. 4, 1643 until March 31, 1727, and he is considered one of the inventors of calculus.

Educationally, Newton gained acceptance into Trinity College at the University of Cambridge in 1661 after he failed to follow his father's footsteps as a farmer. Four years later, Newton earned a bachelor's degree from the prestigious university. Newton earned a master's degree in 1668, and a year later he was awarded the Lucasian Chair of Mathematics at Cambridge, an appointment he achieved at 27 when he succeeded his mentor and first Lucasian Chair, Isaac Barrow. Newton resigned the chair in 1701.

In 1672, Newton was admitted to the Royal Society. The physicist was elected the group's president in 1703, and each year thereafter, until his death in 1727. The Royal Society is an academy of scientists started in the 1660s by King Charles II. Thanks to Newton's political connections, he was elected to Parliament twice from the University of Cambridge in 1689 and 1701. Newton was knighted by Queen Anne in 1705 and was buried in Westminster Abbey after his death. 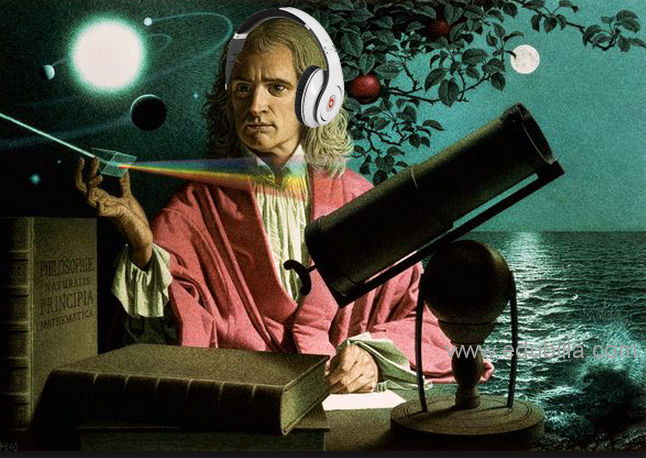 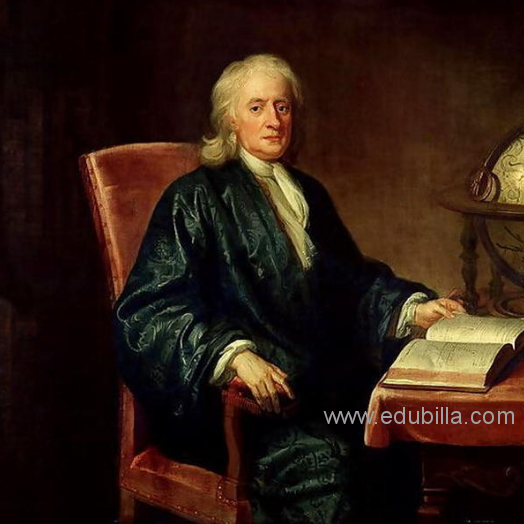