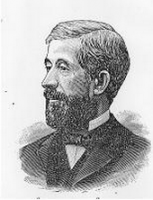 Samuel Guthrie,who was lived between(1782–1848) was an American physician from Hounsfield, New York. He invented a form of percussion powder and also the punch lock for igniting it, which made the flintlock musket obsolete. He discovered chloroform independently in 1831.

Early and his Career

Samuel Guthrie was a 19th-century physician and chemist who discovered the anaesthetic chloroform (trichloromethane) in 1831, by distilling chloride of lime with alcohol in a copper barrel, using it as a mild anesthetic in amputation surgeries. The same chemical compound was discovered independently by a French scientist, Eugène Soubeiran, in October 1831, and by the German chemist Justus Liebig in November 1831, but Guthrie wrote of his findings in the summer of the same year, so he is generally acknowledged as the discoverer.

At the age of 22, Samuel Guthrie Jr. married Sybil Sexton, who was originally from Connecticut. They traveled by way of horse and buggy to the nearby village of Smyrna to be married.

During the winter of 1810 to 1811, Guthrie studied at the College of Physicians and Surgeons of New York (which is now Columbia University.) In January 1815, he listened to lectures at the University of Pennsylvania. These courses constituted his entire formal education.

In 1817, Samuel Guthrie Jr. moved to Sackets Harbor, New York, Jefferson County, in northern New York where he opened up practice as a rural doctor.

In addition to his medical practice, Dr. Guthrie was a successful businessman, best known in his time for manufacturing chloric ether, vinegar, and priming powder for firearms which made flintlock muskets obsolete. He also invented a process for converting potato starch into molasses and he distilled an alcohol that was reputed to be of unequaled quality in the Jefferson County.