Robert Moog, an American pioneer of electronic music, is best known as the inventor of the Moog synthesizer.

That ingenious musical contraption that we know as the sythesizer came about when Robert Moog worked out the concept for the instrument in the early '60s. By then, Moog had already been running his own company for 10 years, manufacturing electronic devices/instruments. There had been a number of electronic instruments developed before (including the theremin, which Moog worked with) but once the Moog synthesizer came about, it launched music into unknown dimensions. This would also lead to the drum machines, MIDI, samplers and other electronic hardware that are commonplace in the music that you hear today. Rock, disco, house, new age, progressive rock and many other musical styles would never be the same without the Moog. Awards have been justly heaped on him from Universities, Billboard magazine and the NARAS (who hand out the Grammies). Today, Moog heads Big Briar, once again creating electornic instruments.

Robert Arthur Moog, born on May 23, 1934, in Queens, New York, was intelligent but something of a geek. His mother gave him piano lessons, but his interests were more like his father's, in electrical engineering. At age 14, young Bob built a theremin, an electronic instrument developed in the 1920s by Russian inventor Leon Theremin. Theremins use an electromagnetic field to produce a whining sound. Players move their hands near a wire loop to change the pitch.

Before Moog graduated from the Bronx High School of Science in 1952, he formed the R.A. Moog Company, with the help of his father, and sold theremin kits by mail order. He made enough money to put himself through Queens College, graduating with a Bachelor of Science degree in 1957. He later got his master's degree in electrical engineering from Columbia University and a Ph.D. in engineering physics from Cornell University in 1965.

After graduation, Moog spurned a job in corporate research and continued producing theremins. In 1961, he wrote an article for the electronics magazine Electronics World, and subsequently received 4,000 orders for theremins, which he produced in this three-room apartment. With this success, Moog finished his Ph.D. in engineering physics at Cornell.

Using funds from his theremin sales, Moog designed and built other electronic musical instruments, including an analog synthesizer, a big improvement over the original, room-sized synthesizer produced in 1955 by the RCA Corporation, which sold for $100,000. Moog's synthesizer had a keyboard and used patch cords to produce different tones. Over the years, Moog improved the instrument with stereophonic and polyphonic sound, allowing musicians to play multiple musical lines and harmony.

Versatile and inexpensive, Moog's instruments became popular among rock musicians in the mid-1960s, among them the Beach Boys and the Monkees. Then, in 1968, the groundbreaking classical album Switched-On Bach was released, featuring electronic versions of Bach classics. The album sold millions of copies and brought worldwide recognition to Moog's synthesizer. In 1969, the Beatles released their seminal album Abbey Road, featuring a Moog synthesizer. In 1971, filmmaker Stanley Kubrick produced the dark, futuristic A Clockwork Orange, featuring several Beethoven pieces played on a Moog synthesizer.

In 1970, Moog developed the smaller MiniMoog, which was great for live concerts. It became a favorite of progressive rock bands such as Tangerine Dream, Emerson Lake and Palmer, Yes and Pink Floyd. Due to its versatility, the MiniMoog was also featured in Stevie Wonder's ambitious R&B hit "Living for the City" (1973) and on Donna Summer's disco single "I Feel Love" (1977).

Hard Times and a Resurgence

During the 1970s, less-expensive digital synthesizers flooded the market. Moog didn't have the financial expertise to navigate his company through competitive times. By 1973, he had sold all the rights to his company. In 1978, he moved to Asheville, North Carolina, and set up the Big Briar Music company, building theremins and analog synthesizers. In the meantime, Moog synthesizers enjoyed a resurgence of popularity in the 1980s and 1990s because many musicians preferred their warmer sound over the less expensive brands. By 2000, Moog had successfully fought in court to use the Moog name and changed the name of Big Briar Music to Moog Music.

Robert Moog was diagnosed with inoperable brain cancer in April 2005, and died on August 21, 2005, at his home in Asheville. The Bob Moog Foundation was created as a memorial, with the aim of continuing his life's work of developing electronic music. 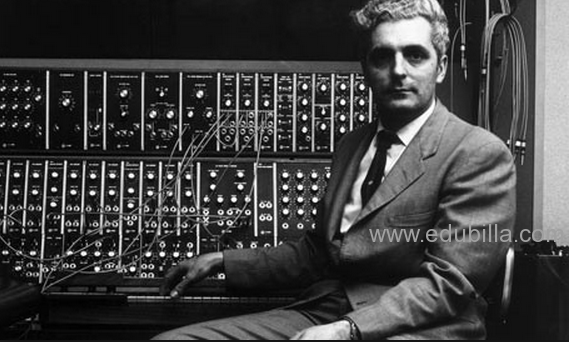 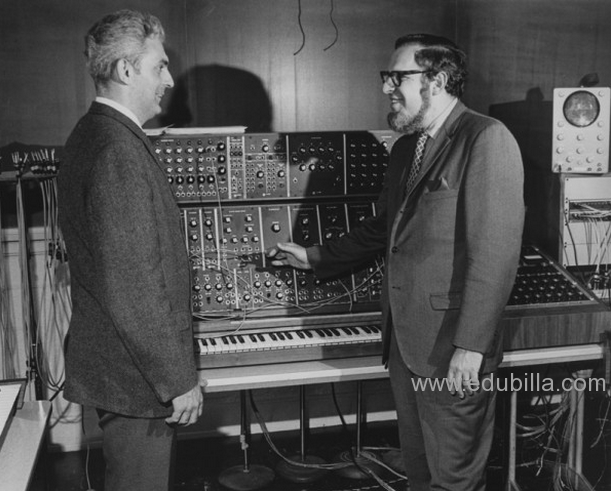