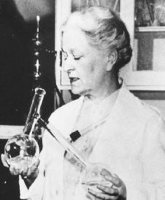 Rachel Fuller Brown, with her associate Elizabeth Hazen, developed the first effective antibiotic against fungal disease in humans—the most important biomedical breakthrough since the discovery of penicillin two decades earlier. Nystatin earned more than $13 million in royalties during Brown's lifetime, which she and Hazen dedicated to scientific research.

Rachel Fuller Brown was born in Springfield, Massachusetts, on November 23, 1898, to Annie Fuller and George Hamilton Brown. Her father, a real estate and insurance agent, moved the family to Webster Groves, Missouri, where she attended grammar school. Although Fuller did not take an immediate interest in science, she was fascinated with insects and she collected and studied them. In school, however, Fuller went out of her way to avoid science classes.

In 1912 Brown's father left the family. She and her younger brother returned to Springfield with their mother, who, to support them, worked as a secretary, then as an administrator in several Episcopalian churches. Because of the family's financial situation, it looked as though Brown's education would end after high school. But Brown's hard work and determination impressed Henrietta F. Dexter, a wealthy friend of her grandmother, who decided to fund Brown's tuition to Mount Holyoke College in nearby South Hadley, Massachusetts.

At Mount Holyoke Brown was initially a history major, but she discovered chemistry when fulfilling a science requirement. She decided to double-major in history and chemistry, earning her degree in 1920. She later went to the University of Chicago to complete her master's degree in organic chemistry. For three years she taught chemistry and physics at the Francis Shimer School near Chicago. With her savings she returned to the university to complete her doctorate degree in organic chemistry, with a minor in bacteriology. She submitted her thesis (a research project required for graduation) in 1926, but there was a delay in arranging her oral examinations, which she needed to complete in order to get her degree. As her funds ran low, Brown was forced to leave Chicago before her exams. She took a job as an assistant chemist at the Division of Laboratories and Research of the New York State Department of Health in Albany, New York. The department was famous for its identifications of several human disease-causing agents. Seven years later, when she returned to Chicago for a scientific meeting, Brown arranged to take her oral examinations and was finally awarded her degree.

Brown's early work at the Department of Health focused on identifying the types of bacteria that caused pneumonia, a disease that causes inflammation of the lungs. Brown helped to develop a pneumonia vaccine (an agent used to fight the disease) still in use today. In 1948 she embarked on the project with her associate Elizabeth Hazen, a leading authority on fungus, that would bring them their greatest respect from her peers: the discovery of an antibiotic to fight fungal infections. Penicillin, a groundbreaking antibiotic used to fight a variety of illnesses, had been discovered in 1928, and in the following years antibiotics were increasingly used to fight bacterial illnesses. One side effect, however, was the rapid growth of fungus that could lead to sore mouths or upset stomachs. Other fungal diseases without cures included infections attacking the central nervous system, athlete's foot (a foot fungus), and ring-worm (a contagious skin disease).

Microorganisms (animals or plants of microscopic size) called actinomycetes that lived in soil were known to produce antibiotics. Although some killed fungus, they also proved fatal to test mice. Hazen ultimately narrowed the search down to a microorganism taken from soil near a barn on a friend's dairy farm in Virginia, later named streptomyces norsei. Brown's chemical analyses revealed that the microorganism produced two antifungal substances, one of which proved too toxic (deadly) with test animals to pursue for human medical use. The other, however, seemed to have promise—it was not toxic to test animals, and attacked both a fungus that invaded the lungs and central nervous system and candidiasis, an infection of the mouth, lungs, and vagina.

Brown purified (cleansed) this second antibiotic into small white crystals, and in 1950 Brown and Hazen announced at a meeting of the National Academy of Sciences that they had found a new antifungal agent. They patented (gained official right to the product) it through the nonprofit Research Corporation, naming it "nystatin" in honor of the New York State Division of Laboratories and Research. The license for the patent was issued to E. R. Squibb and Sons, which developed a safe and effective method of mass production. The product—called Mycostatin—became available in tablet form in 1954 to patients suffering from candidiasis. Nystatin has also proved valuable in agricultural and livestock applications, and has even been used to restore valuable works of art. 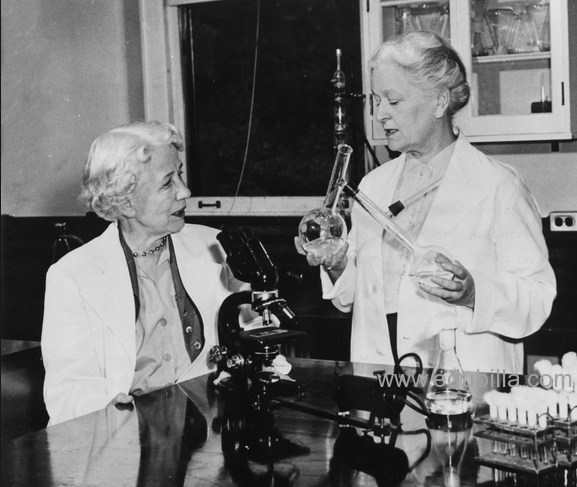 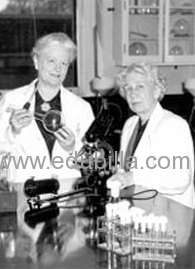