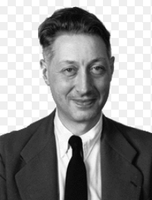 Pierre Etienne Bezier (1910 – 1999) was a French engineer and one of the founders of the fields of solid, geometric and physical modeling as well as in the field of representing curves, especially in CAD/CAM systems.As an engineer at Renault, he became a leader in the transformation of design and manufacturing, through mathematics and computing tools, into computer-aided design and three-dimensional modeling.

Bezier patented and popularized, but did not invent the Bezier curves and Bezier surfaces that are now used in most computer-aided design and computer graphics systems.

Born in Paris, Bezier was the son and grandson of engineers.He obtained a degree in mechanical engineering from the Ecole nationale superieure d'arts et metiers in 1930. He earned a second degree in electrical engineering in 1931 at the Ecole superieure d'electricite, and a doctorate in 1977 in mathematics from the Pierre-and-Marie-Curie University where he contributed to the study of parametric polynomial curves and their vector coefficients.

From 1968 to 1979 Bezier was Professor of Production Engineering at the Conservatoire National des Arts et Métiers.

He wrote four books and numerous papers, and received several distinctions including the Steven Anson Coons Award from the Association for Computing Machinery and an honorary doctorate from the Technical University Berlin. He was an honorary member of the American Society of Mechanical Engineers and of the Societe Belge des Mécaniciens, president of the Societe des Ingenieurs et Scientifiques de France, Société des Ingénieurs Arts et Metiers, and one of the first Advisory Editors of Computer-Aided Design magazine.

With his family's consent, the Solid Modeling Association established The Pierre Bezier Award for Solid, Geometric and Physical Modeling and Applications in 2007.

Bezier began researching CAD/Computer-aided manufacturing in 1960 while at Renault,focusing on the UNISURF system he developed for use with drawing machines, computer control, interactive free-form curves, surface design and 3D milling for manufacturing clay models and masters. UNISURF debuted in 1968 and has been in full use since 1975.

In 1985 he was recognized by ACM SIGGRAPH with a Steven A. Coons Award for his lifetime contribution to computer graphics and interactive techniques.