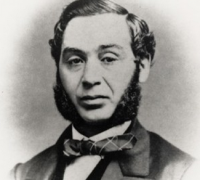 After centuries and millennia’s of using analogue watch designs that used movement of the celestial bodies and flow of water to calculate passage of time, modern human civilization finally achieved mechanical and industrial environment in which precise clock could be made. This invention was fueled by the previous works of many inventors all across the world, some that have been forgotten by history and some that are still known today for their inspiring work (like Su Sung’s masterful water clock from 1092).

Even though pages of history have forgotten about many watchmakers and innovators before him, modern scientific community has accepted that Peter Henlein, clockmaker from the Nuremberg, Germany, is the father of the modern clock and the originator of the entire clock making industry that we know today.

Peter Henlein was born in 1485, and very little is known about his early life. It is most probable that he became apprentice as a repair man and locksmith. His appearance in history books start on September 7, 1504 after he was involved in a brawl in which his friend and fellow locksmith George Glaser was killed. Peter immediately went to the local Franciscan monastery where he found safety. Four years later he returned to the Nuremberg where he became one of the most famous locksmiths, who was especially praised for his ability to create small spring-powered brass clock which were then very rare and expensive. With such popularity, it was not strange that local and distant nobility contacted him on regular basis, demanding ever more beautiful and smaller clock designs. As far historical records are concerned, Peter’s first clock was made in 1510, and by 1541 he was well known for his craft and has been tasked on building not only small clocks but also big tower clock for Lichtenau castle.

Even though his spring designs were not particular accurate (they could lose several hours during one day’s work) or even portable (with around 3 inches in size, they were more suited to be worn as a pendant than in pocket), clocks that were made by Peter Henlein soon became sensation in Europe scientific circles and later on by general European population.

Today, Peter Henlein is regarded as a father of modern clocks even though he was not the first locksmith that made small clock designs or was responsible for the discovery of key clock component –mainspring. He died in 1547 knowing that his invention will live forever. 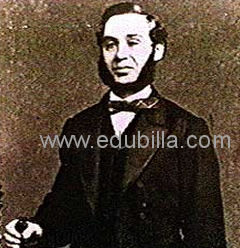