Linus Yale, Jr. was an American mechanical engineer and manufacturer, best known for his inventions of locks, especially the cylinder lock. His basic lock design is still widely distributed in today’s society, and constitute a majority of personal locks and safes. Linus Yale, Jr. was born in Salisbury, New York. Yale’s father, Linus Yale, Sr. opened a lock shop in the 1840s in Newport, New York, specializing in bank locks. Yale soon joined his father in his business and introduced some revolutionary locks that utilized permutations and cylinders. He later founded a company with Henry Robinson Towne called the Yale Lock Manufacturing Company in the South End section of Stamford, Connecticut. Throughout his career in lock manufacturing, Yale acquired numerous patents for his inventions and received widespread acclaim from clients regarding his products.

Linus Yale’s family are of Welsh descent, and his ancestors were of the same family as Elihu Yale, the benefactor to and namesake of the well known Yale University. Yale’s father was a successful inventor who owned a Lock Shop in the village of Newport, New York, and specialized in expensive, handmade bank locks and mechanical engineering, and who held eight patents for locks and another half dozen for threshing machines, sawmill head blocks, and millstone dressers. In 1858, Yale’s father died, and Linus Yale, Jr. became more involved with his father’s lock company.

Career in locks and mechanisms

Yale opened his own shop about 1860 in Shelburne, Massachusetts, specializing in bank locks.

He introduced some combination safe locks and key-operated cylinder locks that were improvements on previously used locks. Possessing admirable skills in mechanics and lock making, Yale created one of the first modern locks that used a pin-tumbler design. The pin-tumbler design is also known as the cylinder design, and plays significant roles in today’s locks and safes. Yale had previously harbored the practical implementation of the tumbler lock for decades, and had sketched the idea in 1844. Yale was convinced that key holes in traditional locks made the locks susceptible to thieves who could use picks, gunpowder explosives, and heat to thwart the locks. This led him to employ permanent dial and shaft designs in his inventions, known as "combination locks" today. Yale’s best-known lock design, the cylinder pin-tumbler lock, utilized a key-operated lock concept first conceived in ancient Egypt over 4,000 years ago.

Yale’s inventions were so successful and received such critical acclaim that he exhibited several of his lock designs at world’s fairs in the United States and overseas, winning a number of awards at these exhibitions.

Throughout his career Yale acquired many patents, mostly related to his inventions of locks and safes, but also including mechanical problems. In 1858, he patented a device for adjusting at a right angle the joiners' square. In 1865 he patented a tool for reversing the motion of screw-taps. In 1868 he received two patents for improvements in mechanics' vises. 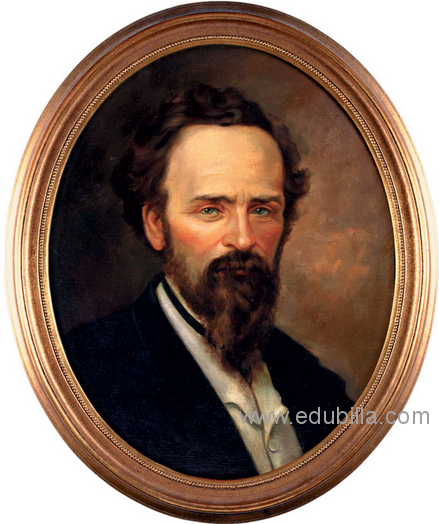 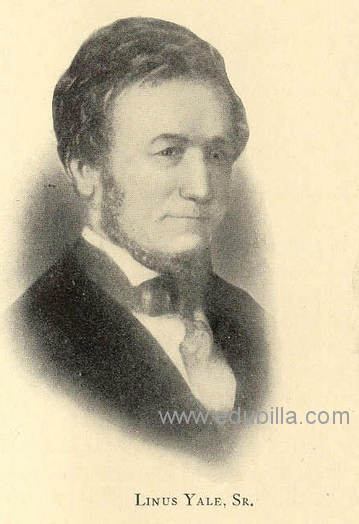