John Adrian Shepherd-Barron was a Scottish inventor, who pioneered the development of the cash machine, sometimes referred to as the Automated Teller Machine or ATM.

John Shepherd Barron, who worked for the printing firm De La Rue was the chief inventor.

In a Barclays press release, the bank stated that comedy actor Reg Varney, star of TV sitcom "On the Buses", became the first person in the country to use a cash machine at Barclays Enfield on June 27th 1967. The ATMS were at that time called DACS for De La Rue Automatic Cash System. John Shepherd Barron was the managing director of De La Rue Instruments, the company which made the first ATMS.

At that time plastic ATM cards did not exist. John Shepherd Barron's ATM machine took checks that were impregnated with carbon 14, a slightly radioactive substance. The ATM machine would detect the carbon 14 mark and match it against a pin number.

The idea of a personal identification number or PIN was thought up by John Shepherd Barron and refined by his wife Caroline, who changed John’s six digit number to four as it was easier to remember.

John Shepherd Barron never patented his ATM invention instead he decided to try to keep his technology a trade secret . John Shepherd Barron stated that after consulting with Barclay's lawyers, "we were advised that applying for a patent would have involved disclosing the coding system, which in turn would have enabled criminals to work the code out."

"They're clever scoundrels," fumes John Shepherd-Barron at his remote farmhouse in northern Scotland. He is referring to the seals which are raiding his salmon farm and stealing fish.

He died on 15 May 2010 after a brief illness at the age of 84 in Raigmore Hospital, Inverness, Scotland. 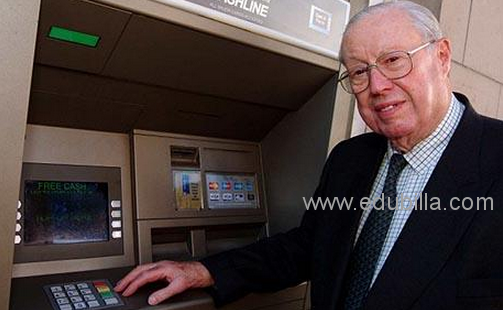 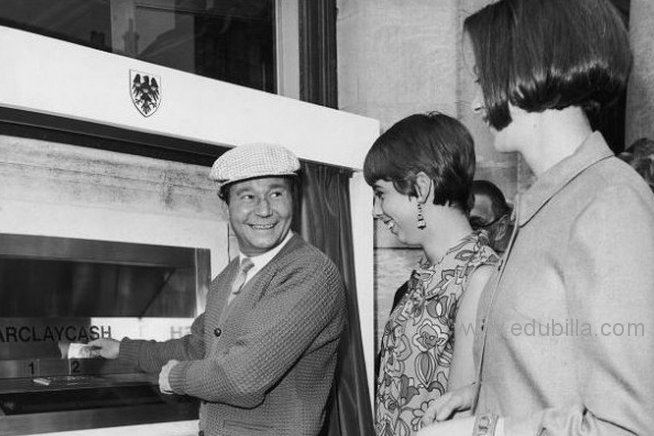