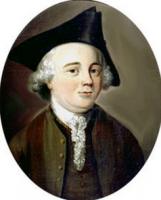 John Kay (17 June 1704 – c. 1779) was the inventor of the flying shuttle, which was a key contribution to the Industrial Revolution. He is often confused with his namesake,who built the first "spinning frame".

John Kay was born on 17 June 1704 (in the Julian calendar) in the Lancashire hamlet of Walmersley,just north of Bury. His yeoman farmer father, Robert, owned the "Park" estate in Walmersley, and John was born there.Robert died before John was born, leaving Park House to his eldest son. As Robert's fifth son (out of ten), John was bequeathed £40 (at age 21) and an education until the age of 14.His mother was responsible for educating him until she remarried.

He apprenticed with a hand-loom reed maker,but is said to have returned home within a month claiming to have mastered the business.He designed a metal substitute for the natural reed that proved popular enough for him to sell throughout England.After travelling the country, making and fitting wire reeds, he returned to Bury and, on 29 June 1725, both he and his brother, William, married Bury women. John's wife was Anne Holte.His daughter Lettice was born in 1726, and his son Robert in 1728.

In Bury he continued to design improvements to textile machinery; in 1730 he patented a cording and twisting machine for worsted.

In 1733,he received a patent for his most revolutionary device: a "wheeled shuttle" for the hand loom.It greatly accelerated weaving,by allowing the shuttle carrying the weft to be passed through the warp threads faster and over a greater width of cloth.It was designed for the broad loom, for which it saved labour over the traditional process, needing only one operator per loom (before Kay's improvements a second worker was needed to catch the shuttle).

In July 1733, Kay formed a partnership in Colchester, Essex to begin fly-shuttle manufacturing.No industrial unrest was anticipated, this being the first device of the modern era to significantly enhance productivity.But by September 1733 the Colchester weavers, were so concerned for their livelihoods that they petitioned the King to stop Kay's inventions.

The flying shuttle was to create a particular imbalance by doubling weaving productivity without changing the rate at which thread could be spun,disrupting spinners, and weavers alike.

Kay tried to promote the fly-shuttle in Bury, but could not convince the woollen manufacturers that it was sufficiently robust; he spent the next two years improving the technnology, until it had several advantages over the device specified in the 1733 patent. (Which was to be one of his difficulties in the coming patent disputes.)

In 1738 Kay went to Leeds, where his problem had become royalty collection.(The annual license fee was 15 Shillings per shuttle.)He continued to invent, patenting some machines in the same year, though these were not taken up industrially. 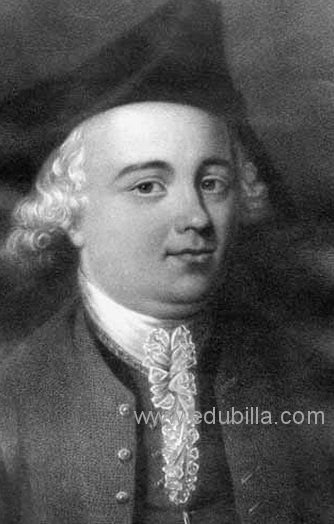