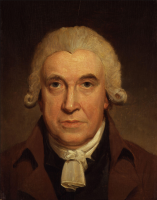 Watt was a Scottish inventor and mechanical engineer, renowned for his improvements in steam engine technology.

James Watt was born in Greenock on 18 January 1736. His father was a prosperous shipwright. Watt initially worked as a maker of mathematical instruments, but soon became interested in steam engines.

The first working steam engine had been patented in 1698 and by the time of Watt's birth, Newcomen engines were pumping water from mines all over the country. In around 1764, Watt was given a model Newcomen engine to repair. He realised that it was hopelessly inefficient and began to work to improve the design. He designed a separate condensing chamber for the steam engine that prevented enormous losses of steam. His first patent in 1769 covered this device and other improvements on Newcomen's engine.

Watt's partner and backer was the inventor John Roebuck. In 1775, Roebuck's interest was taken over by Matthew Boulton who owned an engineering works in Birmingham. Together he and Watt began to manufacture steam engines. Boulton & Watt became the most important engineering firm in the country, meeting considerable demand. Initially this came from Cornish mine owners, but extended to paper, flour, cotton and iron mills, as well as distilleries, canals and waterworks. In 1785, Watt and Boulton were elected fellows of the Royal Society.

By 1790, Watt was a wealthy man and in 1800 he retired and devoted himself entirely to research work. He patented several other important inventions including the rotary engine, the double-action engine and the steam indicator, which records the steam pressure inside the engine.

Watt died on 19 August 1819. A unit of measurement of electrical and mechanical power - the watt - is named in his honour.

Watt was much honoured in his own time. In 1784 he was made a fellow of the Royal Society of Edinburgh, and was elected as a member of the Batavian Society for Experimental Philosophy, of Rotterdam in 1787. In 1789 he was elected to the elite group, the Smeatonian Society of Civil Engineers.In 1806 he was conferred the honorary Doctor of Laws by the University of Glasgow. The French Academy elected him a Corresponding Member and he was made a Foreign Associate in 1814.

The watt is named after James Watt for his contributions to the development of the steam engine, and was adopted by the Second Congress of the British Association for the Advancement of Science in 1889 and by the 11th General Conference on Weights and Measures in 1960 as the unit of power incorporated in the International System of Units (or "SI").

On 29 May 2009 the Bank of England announced that Boulton and Watt would appear on a new £50 note. The design is the first to feature a dual portrait on a Bank of England note, and presents the two industrialists side by side with images of Watt's steam engine and Boulton's Soho Manufactory. Quotes attributed to each of the men are inscribed on the note: "I sell here, sir, what all the world desires to have—POWER" (Boulton) and "I can think of nothing else but this machine" (Watt). The inclusion of Watt is the second time that a Scot has featured on a Bank of England note (the first was Adam Smith on the 2007 issue £20 note).In September 2011 it was announced that the notes would enter circulation on 2 November.

In 2011 he was one of seven inaugural inductees to the Scottish Engineering Hall of Fame. 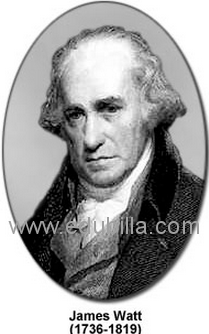 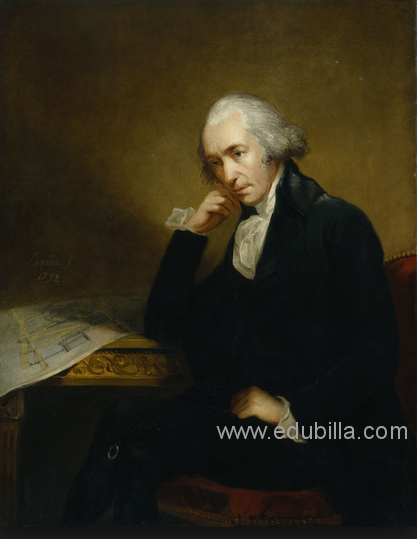