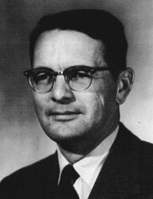 Horace Babcock was born in California and earned his B.S. at the California Institute of Technology and his Ph.D. at the University of California at Berkeley. For his doctorate he determined the rotation curve of the Andromeda Galaxy M31. Much later his measurements would be considered an early indication of the existence of dark matter. After a stint at the Yerkes and MacDonald Observatories, where he designed a fast nebular spectrograph, and war work at MIT and Caltech, Babcock joined the staff of the Mt. Wilson (soon to be Mt. Wilson and Palomar) Observatory in 1946. There he invented and built many astronomical instruments, including the solar magnetograph, and microphotometers, automatic guiders, and exposure meters for the 100 and 200-inch telescopes. He often worked closely with his father, Harold Babcock, whom he succeeded in 1948 as head of the diffraction grating laboratory, which built the worlds’s best gratings at the time. The two Babcocks were first to measure the distribution of magnetic fields over the solar surface. By combining his polarizing analyzer with the spectrograph Horace Babcock discovered magnetic fields in other stars. He developed important models of sunspots and their magnetism, and in 1953 he was the first to propose adaptive optics. He directed the Mt. Wilson and Palomar (later Hale) Observatories from 1964 to 1978. During this time he led in founding the Las Campanas Observatory in Chile. He continued working on innovative projects in instrumentation after retirement.

Horace W. Babcock, an innovative astronomer who helped establish the Las Campanas Observatory in northern Chile and developed technology to improve the telescope, died on Aug. 29 in Santa Barbara, Calif. He was 90.In the early 1960's, while director of the Mount Wilson and Mount Palomar Observatories in California, Dr. Babcock came up with the idea to build an observatory in a remote part of the world, where city lights would not obscure viewing of the stars, planets and galaxies.Though some other scientist criticized his plan and favored improvements at the Wilson and Palomar Observatories, Dr. Babcock prevailed, and Las Campanas Observatory was built in the Chilean Andes in the early 1970's with financing from the Carnegie Institution of Washington.Today, Las Campanas houses some of the world's most powerful telescopes and provides outstanding access to the Southern Hemisphere sky, including views of the heart of the Milky Way galaxy.

In the early 1950's, after having trouble studying distant stars and galaxies because their light blurred as it passed through Earth's atmosphere, Dr. Babcock conceived a system that could compensate for the distortion, a technique known as adaptive optics.But because of a lack of financing, the system was not developed for 20 years, until the Department of Defense decided to use the technology in conjunction with its high-powered lasers. Today, it is built into most telescopes as a standard feature.Also in the 1950's, Dr. Babcock and his father, Harold, who was at Mount Wilson as well, created the first solar magnetograph for measuring the intensity, direction and distribution of the Sun's magnetic field.Later, Dr. Babcock invented a device to measure magnetic fields in stars and created a ''seeing monitor'' to evaluate mountaintops as potential homes for telescopes.In 1969, he was recognized for lifetime achievement in his field with the Bruce Medal, the highest honor given by the Astronomical Society of the Pacific.Born in Pasadena, Calif., in 1912, Horace Welcome Babcock earned his bachelor's degree at the California Institute of Technology and his Ph.D. at the University of California.He joined the staff of the Mount Wilson and Palomar Observatories in 1946 and was their director from 1964 to 1978.Dr. Babcock is survived by two sons, Ken, of Santa Barbara, and Bruce, of  Burbank, Calif.; a daughter, Ann Babcock of Santa Barbara; and a granddaughter. 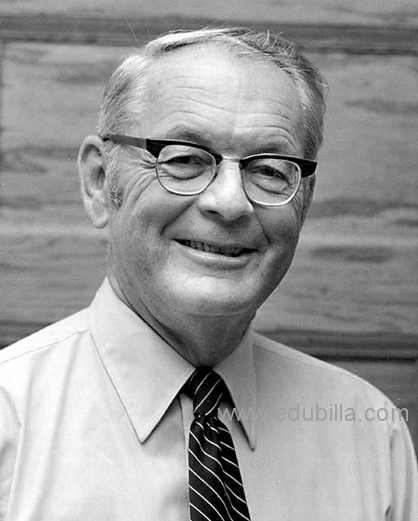 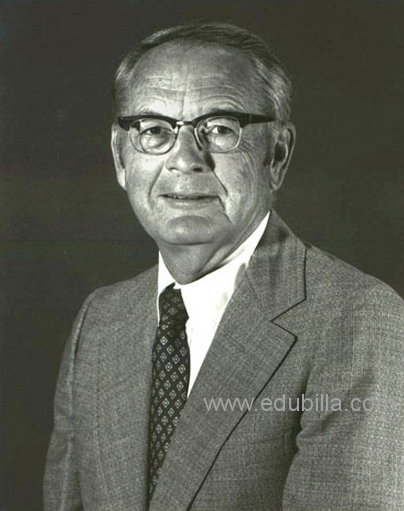