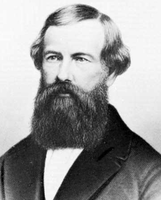 Elisha Graves Otis was an American industrialist, founder of the Otis Elevator Company, and inventor of a safety device that prevents elevators from falling if the hoisting cable fails.He worked on this device while living in Yonkers, New York in 1852, and had a finished product in 1854.

A descendant of a James Otis who immigrated from England to New England in 1631, the young Otis grew up in Vermont and, at age 19, moved to Troy, New York, and later to Brattleboro, Vermont, working at various jobs. From 1838 to 1845, in Brattleboro, he manufactured wagons and carriages and then moved his family to Albany, New York, where, while employed as a master mechanic in a bedstead factory, he invented several labour-saving machines. In 1851 he was in Bergen, New Jersey, again as master mechanic in a bedstead factory.

The Bergen firm sent him to Yonkers, New York, in 1852 to operate a new factory and to install its machinery. There he designed and installed what he called the “safety hoist,” the first elevator equipped with an automatic safety device to prevent it from falling if the lifting chain or rope broke. The next year he resigned from his job and set up a small elevator shop in Yonkers, selling his first elevator machine on September 20, 1853. It hauled freight. Orders were few until May 1854, when, at the Crystal Palace in New York City, he demonstrated his elevator by riding the platform high in the air and ordering the rope cut. On March 23, 1857, he installed the first safety elevator for passenger service in the store of E.V. Haughwout & Co. in New York City. On January 15, 1861, he patented an independently controlled steam engine for elevator use (installed in 1862). This invention laid the foundation for the business that his two sons, Charles and Norton, carried on after his death as owners of what eventually became the Otis Elevator Company. 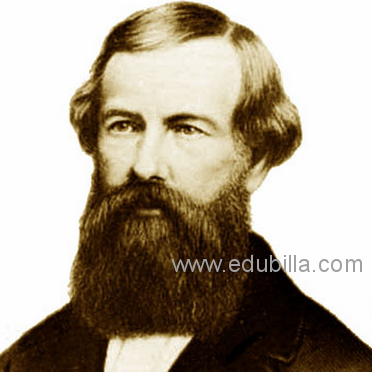 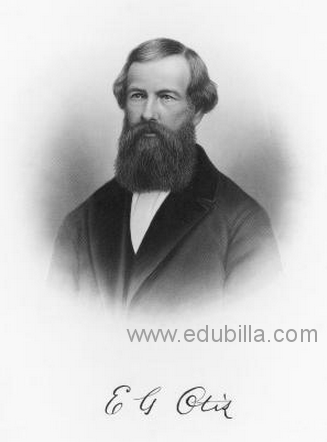