Christiaan Huygens was a prominent Dutch mathematician and scientist. He is known particularly as an astronomer, physicist, probabilist and horologist.

Huygens was a leading scientist of his time. His work included early telescopic studies of the rings of Saturn and the discovery of its moon Titan, the invention of the pendulum clock and other investigations in timekeeping. He published major studies of mechanics and optics, and a pioneer work on games of chance.

Christiaan Huygens was born on 14 April 1629 in The Hague, into a rich and influential Dutch family,the second son of Constantijn Huygens. Christiaan was named after his paternal grandfather.His mother was Suzanna van Baerle. She died in 1637, shortly after the birth of Huygens' sister.The couple had five children: Constantijn (1628), Christiaan (1629), Lodewijk (1631), Philips (1632) and Suzanna (1637).

Constantijn Huygens was a diplomat and advisor to the House of Orange, and also a poet and musician. His friends included Galileo Galilei, Marin Mersenne and René Descartes.Huygens was educated at home until turning sixteen years old. He liked to play with miniatures of mills and other machines. His father gave him a liberal education: he studied languages and music, history and geography, mathematics, logic and rhetoric, but also dancing, fencing and horse riding.

In 1644 Huygens had as his mathematical tutor Jan Jansz de Jonge Stampioen, who set the 15-year-old a demanding reading list on contemporary science.Descartes was impressed by his skills in geometry.

His father sent Huygens to study law and mathematics at the University of Leiden, where he studied from May 1645 to March 1647.Frans van Schooten was an academic at Leiden from 1646, and also a private tutor to Huygens and his elder brother, replacing Stampioen on the advice of Descartes.Van Schooten brought his mathematical education up to date, in particular introducing him to the work of Fermat on differential geometry.

After two years, from March 1647, Huygens continued his studies at the newly founded College of Orange, in Breda, where his father was a curator: the change occurred because of a duel between his brother Lodewijk and another student.Constantijn Huygens was closely involved in the new College, which lasted only to 1669; the rector was André Rivet.Christiaan Huygens lived at the home of the jurist Johann Henryk Dauber, and had mathematics classes with the English lecturer John Pell. He completed his studies in August 1649.He then had a stint as a diplomat on a mission with Henry, Duke of Nassau. It took him to Bentheim, then Flensburg. He took off for Denmark, visited Copenhagen and Helsingør, and hoped to cross the Øresund to visit Descartes in Stockholm. It was not to be.

While his father had wished Christiaan to be a diplomat, it also was not to be. In political terms, the First Stadtholderless Period that began in 1650 meant that the House of Orange was not in power, removing Constantijn Huygens's influence. Further, the father realised that his son had no interest in such a career.

Huygens has been called the leading European natural philosopher between Descartes and Newton.He adhered to the tenets of the mechanical philosophy of his time. In particular he sought explanations of the force of gravity that avoided action at a distance.

In common with Robert Boyle and Jacques Rohault, Huygens adhered to what has been called, more explicitly, "experimentally oriented corpuscular-mechanical" natural philosophy. In the analysis of the Scientific Revolution this appears as a mainstream position, at least from the founding of the Royal Society to the emergence of Newton, and was sometimes labelled "Baconian", while not being inductivist or identifying with the views of Francis Bacon in a simple-minded way.After his first visit to England in 1661, when he attended a meeting of the Gresham College group in April and learned directly about Boyle's air pump experiments, Huygens spent time in late 1661 and early 1662 replicating the work. It proved a long process, brought to the surface an experimental issue ("anomalous suspension") and the theoretical issue of horror vacui, and ended in July 1663 as Huygens became a Fellow of the Royal Society. It has been said that Huygens finally accepted Boyle's view of the void, as against the Cartesian denial of it;and also (in Leviathan and the Air Pump) that the replication of results trailed off messily.

Newton's influence on John Locke was mediated by Huygens, who assured Locke that Newton's mathematics was sound, leading to Locke's acceptance of a "corpuscular-mechanical" physics.

The Christiaan Huygens Medal has been established by the Geosciences Instrumentation and Data Systems Division to recognise significant contributions in the fields within the scope of the division. The medal will be awarded to an individual for an innovation, development or discovery that has had major impact in its field, or for a series of contributions, during an extended period, that has led to significant progress. 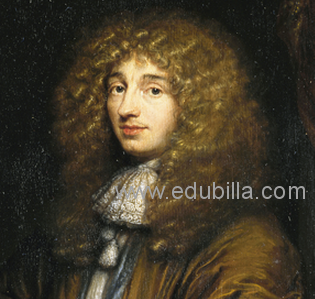 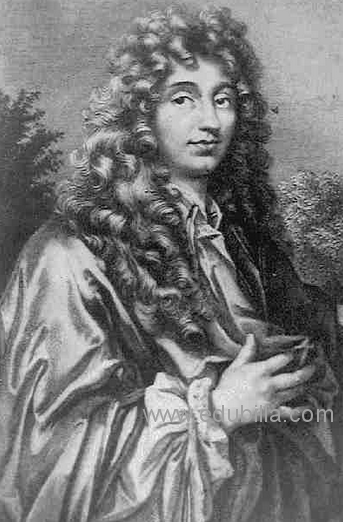