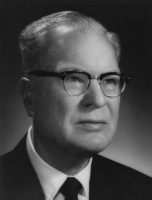 Chester Floyd Carlson (1906 – 1968) was an American physicist, inventor, and patent attorney born in Seattle, Washington.He is best known for having invented the process of electrophotography, which produced a dry copy rather than a wet copy, as was produced by the mimeograph process. Carlson's process was subsequently renamed xerography, a term that literally means "dry writing."

Carlson's father, Olaf Adolph Carlson, had little formal education, but was described as "brilliant" by a relative. Carlson wrote of his mother, Ellen, that she "was looked up to by her sisters as one of the wisest."

When Carlson was an infant, his father contracted tuberculosis, and also later suffered from arthritis of the spine (a common, age-related disease). When Olaf moved the family to Mexico for a seven-month period in 1910, in hopes of gaining riches through what Carlson described as "a crazy American land colonization scheme," Ellen contracted malaria.Because of his parents' illnesses, and the resulting poverty, Carlson worked to support his family from an early age; he began working odd jobs for money when he was eight. By the time he was thirteen, he would work for two or three hours before going to school, then go back to work after classes. By the time Carlson was in high school, he was his family's principal provider.His mother died of tuberculosis when he was 17, and his father died when Carlson was 27.

Carlson began thinking about reproducing print early in his life. At age ten, he created a newspaper called This and That, created by hand and circulated among his friends with a routing list. His favorite plaything was a rubber stamp printing set, and his most coveted possession was a toy typewriter an aunt gave him for Christmas in 1916—although he was disappointed that it was not an office typewriter.

While working for a local printer while in high school, Carlson attempted to typeset and publish a magazine for science-minded students like himself. He quickly became frustrated with traditional duplicating techniques. As he told Dartmouth College professor Joseph J. Ermene in a 1965 interview, "That set me to thinking about easier ways to do that, and I got to thinking about duplicating methods."

The xerographic process, which was invented by Chester Carlson in 1938 and developed and commercialized by the Xerox Corporation, is widely used to produce high-quality text and graphic images on paper.

Carlson originally called the process electrophotography. It's based on two natural phenomena: that materials of opposite electrical charges attract and that some materials become better conductors of electricity when exposed to light. Carlson invented a six-step process to transfer an image from one surface to another using these phenomena.

First, a photoconductive surface is given a positive electrical charge. The photoconductive surface is then exposed to the image of a document. Because the illuminated sections (the non-image areas) become more conductive, the charge dissipates in the exposed areas. Negatively charged powder spread over the surface adheres through electrostatic attraction to the positively charged image areas. A piece of paper is placed over the powder image and then given a positive charge. The negatively charged powder is attracted to the paper as it is separated from the photoconductor. Finally, heat fuses the powder image to the paper, producing a copy of the original image. 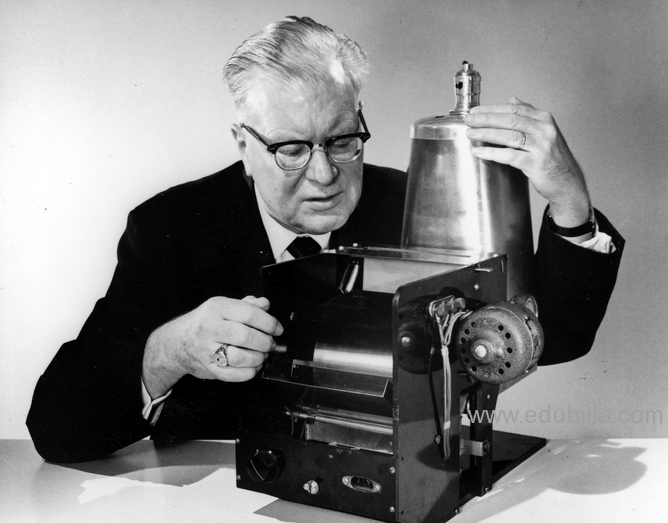 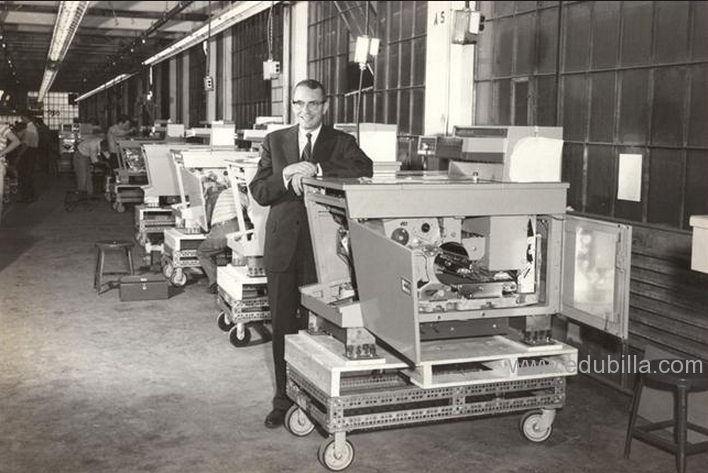