Arnold Orville Beckman (1900 – 2004) was an American chemist, inventor, investor, and philanthropist. While a professor at Caltech, he founded Beckman Instruments based on his 1934 invention of the pH meter, a device for measuring acidity, later considered to have "revolutionized the study of chemistry and biology".He also developed the DU spectrophotometer, "probably the most important instrument ever developed towards the advancement of bioscience".Beckman funded the first transistor company, thus giving rise to Silicon Valley.After retirement, he and his wife Mabel (1900-1989) were numbered among the top philanthropists in the United States.

Arnold Orville Beckman was born in Cullom, Illinois, a village of about 500 people in a farming community. He was the youngest son of George Beckman, a blacksmith, and his second wife Elizabeth Ellen Jewkes.He was curious about the world from an early age. When he was nine, Beckman found an old chemistry textbook, Joel Dorman Steele's Fourteen Weeks in Chemistry, and began trying out the experiments.His father encouraged his scientific interests by letting him convert a toolshed into a laboratory.

Beckman's mother, Elizabeth, died of diabetes in 1912. Beckman's father sold his blacksmith shop, and became a travelling salesman for blacksmithing tools and materials. A housekeeper, Hattie Lange, was engaged to look after the Beckman children. Arnold Beckman earned money as a "practice pianist" with a local band, and as an "official cream tester" running a centrifuge for a local store.

In 1914, the Beckman family moved to Normal, a suburb of Bloomington, Illinois, so that the young Beckmans could attend University High School in Normal, a "laboratory school" associated with Illinois State University.In 1915 they moved to Bloomington itself,but continued to attend University High, where Arnold Beckman obtained permission to take university level classes from professor of chemistry Howard W. Adams.While still in high school, Arnold started his own business, "Bloomington Research Laboratories", doing analytic chemistry for the local gas company.He also performed at night as a movie-house pianist, and played with local dance bands.He graduated valedictorian of his class, with an average of 89.41 over four years, the highest attained.

Beckman was allowed to leave school a few months early to contribute to the First World War effort in early 1918 by working as a chemist. At Keystone Steel and Iron he took samples of molten iron and tested them to see if the chemical composition of carbon, sulfur, manganese and phosphorus was suitable for pouring steel.

When Beckman turned 18 in August 1918, he enlisted in the United States Marines. After three months at marine boot camp on Parris Island, South Carolina,he was sent to the Brooklyn Navy Yard, for transit to the war in Europe. Because of a train delay, another unit embarked in place of Beckman's unit. Then, counted into groups in the barracks, Beckman missed being sent to Russia by one space in line.Instead, Arnold spent Thanksgiving at the local YMCA, where he met 17-year-old Mabel Stone Meinzer, who was helping to serve the meal. Mabel would become his wife.A few days later, the armistice was signed, ending the war.

In 1934, Millikan referred I. H. Lyons from the National Postal Meter Company to Arnold Beckman. Lyons wanted a non-clogging ink so that postage could be printed by machines, instead of having clerks lick stamps. Beckman's solution was to make ink with butyric acid, a malodorous substance. Because of this ingredient, no manufacturer wanted to manufacture it. Beckman decided to make it himself. He started the National Inking Appliance Company, obtaining space in a garage owned by instrument maker Fred Henson and hiring two Caltech students, Robert Barton and Henry Fracker. Beckman developed and took out a couple of patents for re-inking typewriter ribbons, but marketing them was not successful. This was Beckman's first experience at running a company and marketing a product, and while this first product failed, Beckman repurposed the company for another product.

Sunkist Growers was having problems with its own manufacturing process. Lemons that were not saleable as produce were made into pectin or citric acid, with sulfur dioxide used as a preservative. Sunkist needed to know the acidity of the product at any given time, and the colorimetric methods then in use, such as readings from litmus paper, did not work well because sulfur dioxide interfered with them. Chemist Glen Joseph at Sunkist was attempting to measure the hydrogen-ion concentration in lemon juice electrochemically, but sulfur dioxide damaged hydrogen electrodes, and non-reactive glass electrodes produced weak signals and were fragile.

Joseph approached Beckman, who proposed that instead of trying to increase the sensitivity of his measurements, he amplify his results. Beckman, familiar with glassblowing, electricity, and chemistry, suggested a design for a vacuum-tube amplifier and ended up building a working apparatus for Joseph. The glass electrode used to measure pH was placed in a grid circuit in the vacuum tube, producing an amplified signal which could then be read by an electronic meter. The prototype was so useful that Joseph requested a second unit.

Beckman saw an opportunity, and rethinking the project, decided to create a complete chemical instrument which could be easily transported and used by nonspecialists. By October 1934, he had registered patent application U.S. Patent No. 2,058,761 for his "acidimeter", later renamed the pH meter.The Arthur H. Thomas Company, a nationally known scientific instrument dealer based in Philadelphia, was willing to try selling it. Although it was priced expensively at $195, roughly the starting monthly wage for a chemistry professor at that time, it was significantly cheaper than the estimated cost of building a comparable instrument from individual components, about $500.The original pH meter weighed in at nearly 7 kg, but was a substantial improvement over a benchful of delicate equipment. The earliest meter had a design glitch, in that the pH readings changed with the depth of immersion of the electrodes, but Beckman fixed the problem by sealing the glass bulb of the electrode.

On April 8, 1935, Beckman renamed his company National Technical Laboratories, formally acknowledging his new focus on the making of scientific instruments.The company rented larger quarters at 3330 Colorado Street,and began manufacturing pH meters. The pH meter is an important device for measuring the pH of a solution, and by 11 May 1939, sales were successful enough that Beckman left Caltech to become the full-time president of National Technical Laboratories.By 1940, Beckman was able to take out a loan to build his own 12,000 square foot factory in South Pasadena. 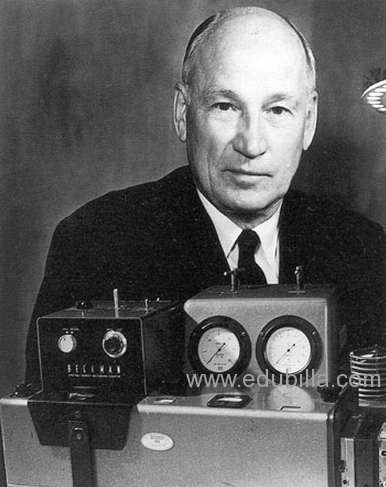 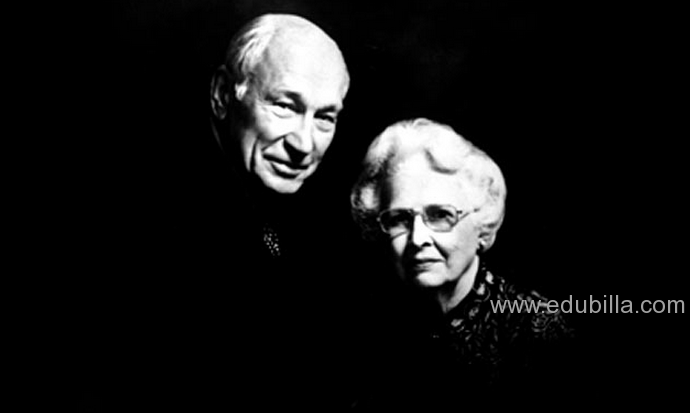