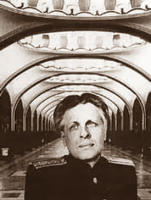 Alexey Nikolayevich Dushkin was a Soviet architect, best known for his 1930s designs of Kropotkinskaya and Mayakovskaya stations of Moscow Metro. He worked primarily for subway and railroads and is also noted for his Red Gates administrative building, one of Seven Sisters.

Alexey Dushkin studied chemistry in Kharkiv for three years since 1921, then transferred to architectural college and graduated in 1930. Dushkin worked in city planning, setting up zoning plans for Donbass towns; he co-designed a college building in Kharkiv in 1932. Dushkin associated himself with VOPRA, a left-wing artistic association led by Arkady Modrvinov and Karo Alabyan. In 1932, Dushkin applied for the Palace of Soviets contest. His draft did not win the main prize, but earned an invitation to Moscow to join the Palace design team, and later Ivan Fomin's Workshop.

Architect of the Railways

In 1943-1955 Dushkin dedicated himself to mainline railroads and chaired the Architectural Department and Workshop of Ministry of Railways. Dushkin and his workshop designed railway stations to replace the war losses; unlike Mayakovskaya, these are true examples of heavyweight Stalinist architecture.

In 1947, Dushkin received a highest credit, second class - the right to design one of Stalin's Seven sisters. Second class, because the original 8 drafts were pre-arranged into four major and four minor projects; Dushkin qualified for a minor one. He earned Stalin Prize for a conceptual draft in 1949 (with Boris Mezentsev) and completed the tower in 1951. Construction was complicated by the need for a tunnel connection to Krasniye Vorota metro station, and required ingenious cryo technology for drilling the tunnels and levelling the foundation slab. It is not surprising that later the building housed the Ministry of Railways. He returned to Metro once, for Novoslobodskaya.

In November 1955, Dushkin's railroad terminals became a lightning rod of Nikita Khrushchev's famous decree "On liquidation of excesses in construction...", which spelled the end of Stalinist architecture. Khruschev asserted that costs and volume of these buildings were inflated three times above reasonable estimates. Work of Dushkin's junior architects was ostracized too. Dushkin lost his chair of Chief Railway Architect. He remained a professor at Moscow Architectural Institute until 1974, but had not built anything significant since 1955.

His granddaughter, Natalya Dushkina, is an architect and a vocal preservation advocate. 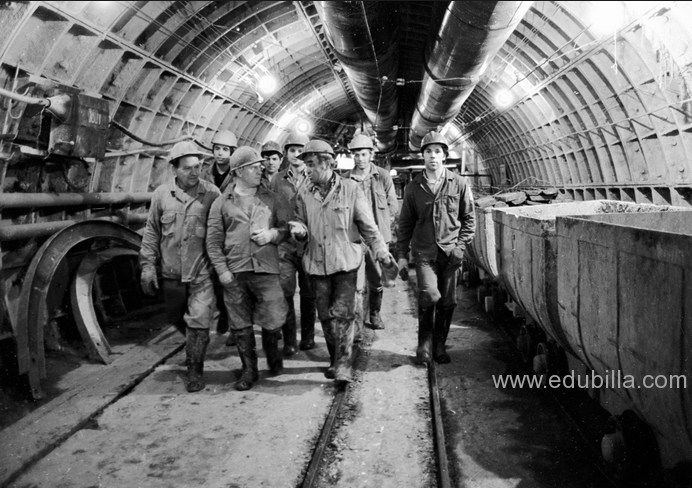