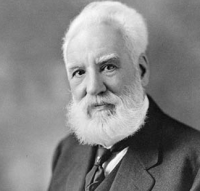 Alexander Graham Bell (March 3, 1847 – August 2, 1922) was an eminent Scottish-born scientist, inventor, engineer and innovator who is credited with inventing the first practical telephone.

Bell's father, grandfather, and brother had all been associated with work on elocution and speech, and both his mother and wife were deaf, profoundly influencing Bell's life's work.His research on hearing and speech further led him to experiment with hearing devices which eventually culminated in Bell being awarded the first U.S. patent for the telephone in 1876.Bell considered his most famous invention an intrusion on his real work as a scientist and refused to have a telephone in his study.

Many other inventions marked Bell's later life, including groundbreaking work in optical telecommunications, hydrofoils and aeronautics. In 1888, Bell became one of the founding members of the National Geographic Society.

Alexander Bell was born in Edinburgh, Scotland, on March 3, 1847.The family home was at 16 South Charlotte Street, and has a stone inscription marking it as Alexander Graham Bell's birthplace. He had two brothers: Melville James Bell (1845–70) and Edward Charles Bell (1848–67). Both of his brothers died of tuberculosis.His father was Professor Alexander Melville Bell, and his mother was Eliza Grace (née Symonds).Although he was born "Alexander", at age 10, he made a plea to his father to have a middle name like his two brothers.For his 11th birthday, his father acquiesced and allowed him to adopt the middle name "Graham", chosen out of admiration for Alexander Graham, a Canadian being treated by his father and boarder who had become a family friend.To close relatives and friends he remained "Aleck" which his father continued to call him into later life.

As a child, young Alexander displayed a natural curiosity about his world, resulting in gathering botanical specimens as well as experimenting even at an early age. His best friend was Ben Herdman, a neighbor whose family operated a flour mill, the scene of many forays. Young Aleck asked what needed to be done at the mill. He was told wheat had to be dehusked through a laborious process and at the age of 12, Bell built a homemade device that combined rotating paddles with sets of nail brushes, creating a simple dehusking machine that was put into operation and used steadily for a number of years.In return, John Herdman gave both boys the run of a small workshop in which to "invent".

From his early years, Bell showed a sensitive nature and a talent for art, poetry and music that was encouraged by his mother.With no formal training, he mastered the piano and became the family's pianist.Despite being normally quiet and introspective, he reveled in mimicry and "voice tricks" akin to ventriloquism that continually entertained family guests during their occasional visits.Bell was also deeply affected by his mother's gradual deafness, (she began to lose her hearing when he was 12) and learned a manual finger language so he could sit at her side and tap out silently the conversations swirling around the family parlour.He also developed a technique of speaking in clear, modulated tones directly into his mother's forehead wherein she would hear him with reasonable clarity.Bell's preoccupation with his mother's deafness led him to study acoustics.

His family was long associated with the teaching of elocution: his grandfather, Alexander Bell, in London, his uncle in Dublin, and his father, in Edinburgh, were all elocutionists. His father published a variety of works on the subject, several of which are still well known, especially his The Standard Elocutionist (1860),which appeared in Edinburgh in 1868. The Standard Elocutionist appeared in 168 British editions and sold over a quarter of a million copies in the United States alone. In this treatise, his father explains his methods of how to instruct deaf-mutes (as they were then known) to articulate words and read other people's lip movements to decipher meaning. Aleck's father taught him and his brothers not only to write Visible Speech but to identify any symbol and its accompanying sound.Aleck became so proficient that he became a part of his father's public demonstrations and astounded audiences with his abilities. He could decipher Visible Speech representing virtually every language, including Latin, Scottish Gaelic and even Sanskrit, accurately reciting written tracts without any prior knowledge of their pronunciation.

As a young child, Bell, like his brothers, received his early schooling at home from his father. At an early age, however, he was enrolled at the Royal High School, Edinburgh, Scotland, which he left at age 15, completing only the first four forms.His school record was undistinguished, marked by absenteeism and lacklustre grades. His main interest remained in the sciences, especially biology, while he treated other school subjects with indifference, to the dismay of his demanding father.Upon leaving school, Bell travelled to London to live with his grandfather, Alexander Bell. During the year he spent with his grandfather, a love of learning was born, with long hours spent in serious discussion and study. The elder Bell took great efforts to have his young pupil learn to speak clearly and with conviction, the attributes that his pupil would need to become a teacher himself.At age 16, Bell secured a position as a "pupil-teacher" of elocution and music, in Weston House Academy, at Elgin, Moray, Scotland. Although he was enrolled as a student in Latin and Greek, he instructed classes himself in return for board and £10 per session.The following year, he attended the University of Edinburgh; joining his older brother Melville who had enrolled there the previous year. In 1868, not long before he departed for Canada with his family, Aleck completed his matriculation exams and was accepted for admission to the University of London. 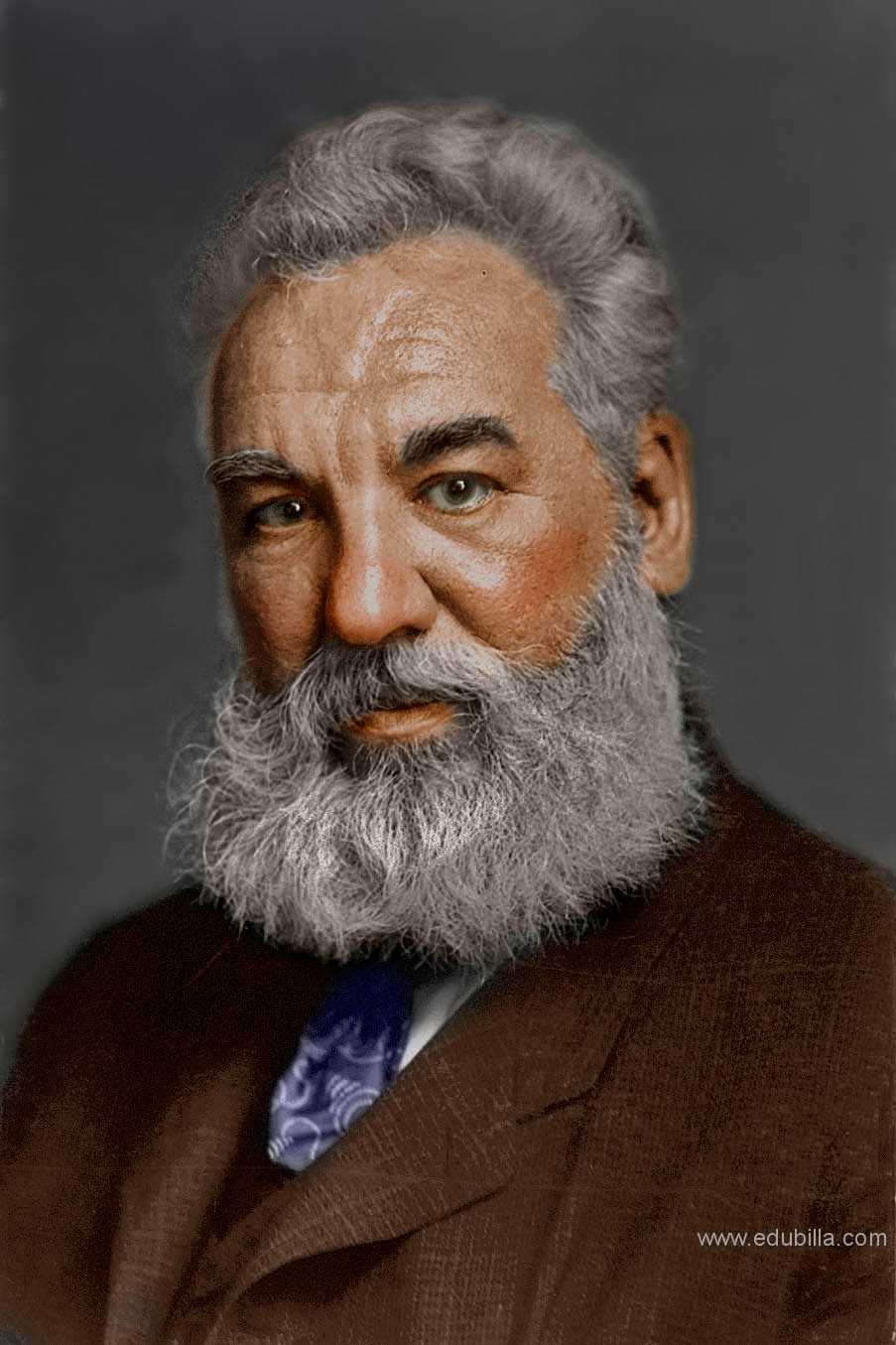 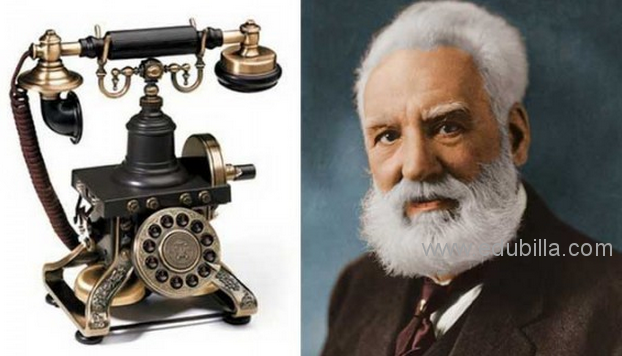