It was first observed by chemist Paul Walden in 1896. He was able to convert one enantiomer of a chemical compound into the other enantiomer and back again in a so-called Walden cycle which went like this: (+) chlorosuccinic acid (1 in scheme 1) was converted to (+) malic acid 2 by action of silver oxide in water with retention of configuration, in the next step the hydroxyl group was replaced by chlorine to the other isomer of chlorosuccinic acid 3 by reaction with phosphorus pentachloride, a second reaction with silver oxide yielded (-) malic acid 4 and finally a second reaction with PCl returned the cycle to its starting point.

In this reaction the silver oxide in the first step acts as a hydroxide donor and silver does not play an actual role. The intermediates are the carboxyl dianion A which gives an intramolecular nucleophilic substitution to a four-membered ?-lactone ring B. The other carboxyl group is also reactive but in silico data show that the transition state for the formation of the three-membered ?-lactone is very high. A hydroxyl ion ring-opens the lactone back to the alcohol C and the net effect of two counts of inversion is retention of configuration. 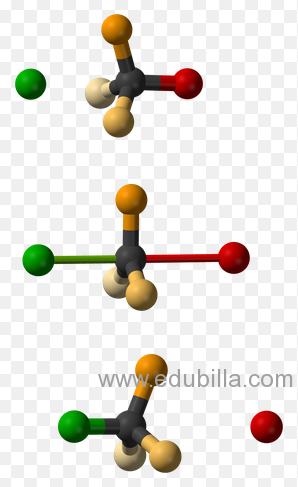