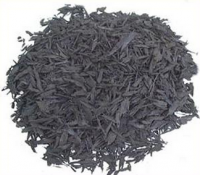 Vulcanization is a chemical process for converting natural rubber or related polymers into more durable materials via the addition of sulfur or other equivalent curatives or accelerators. These additives modify the polymer by forming cross-links (bridges) between individual polymer chains.Vulcanized materials are less sticky and have superior mechanical properties. The term vulcanized fibre refers to cellulose that has been treated in a zinc chloride solution to cross-link the cellulose fibers.

Although the curing of rubber has been carried out since prehistoric times, the modern process of vulcanization, named after Vulcan, the Roman god of fire, was not developed until the 19th century. Today, a vast array of products are made with vulcanized rubber including tires, shoe soles, hoses, and conveyor belts. Hard vulcanized rubber is sometimes sold under the brand names ebonite or vulcanite, and is used to make articles such as clarinet and saxophone mouth pieces, bowling balls and hockey pucks.

Although vulcanization is a 18th-century invention, the history of rubber cured by other means goes back to prehistoric times. The name "Olmec" means "rubber people" in the Aztec language. Ancient Mesoamericans, spanning from ancient Olmecs to Aztecs, extracted latex from Castilla elastica, a type of rubber tree in the area. The juice of a local vine, Ipomoea alba, was then mixed with this latex to create processed rubber as early as 1600 BC.In the western world, rubber remained a curiosity, although it was used to produce waterproofed products, such as Mackintosh rainwear.

Identifying the inventor of the vulcanization process is complex. Charles Goodyear (1800–1860) is generally credited as the first to formulate the basic concept. However, he never fully understood the process. On the other hand, Thomas Hancock (1786–1865), a scientist and engineer, was the first to patent vulcanization of rubber and indeed, he understood vulcanization better than Goodyear and was likely inspired from seeing Goodyear's earlier samples. Hancock was awarded a British patent on May 21, 1844. Three weeks later, Goodyear was awarded a patent in the United States.

Goodyear claimed that he had discovered vulcanization earlier, in 1839. He wrote the story of the discovery in 1853 in his autobiographical book Gum-Elastica. Here is Goodyear's account of the invention, taken from Gum-Elastica. Although the book is an autobiography, Goodyear chose to write it in the third person so that "the inventor" and "he" referred to in the text are the author. He describes the scene in a rubber factory where his brother worked:

... The inventor made are experiments to ascertain the effect of heat on the same compound that had decomposed in the mail-bags and other articles. He was surprised to find that the specimen, being carelessly brought into contact with a hot stove, charred like leather.

Goodyear goes on to describe how his discovery was not readily accepted.

He directly inferred that if the process of charring could be stopped at the right point, it might divest the gum of its native adhesiveness throughout, which would make it better than the native gum. Upon further trial with heat, he was further convinced of the correctness of this inference, by finding that the India rubber could not be melted in boiling sulfur at any heat, but always charred. He made another trial of heating a similar fabric before an open fire. The same effect, that of charring the gum, followed. There were further indications of success in producing the desired result, as upon the edge of the charred portion appeared a line or border, that was not charred, but perfectly cured.

Goodyear then goes on to describe how he moved to Woburn, Massachusetts and carried out a series of systematic experiments to optimize the curing of rubber, collaborating with Nathaniel Hayward.

... On ascertaining to a certainty that he had found the object of his search and much more, and that the new substance was proof against cold and the solvent of the native gum, he felt himself amply repaid for the past, and quite indifferent to the trials of the future.

The discovery of the rubber-sulfur reaction revolutionized the use and applications of rubber, and changed the face of the industrial world. Formerly, the only way to seal a small gap between moving machine parts was to use leather soaked in oil. This practice was acceptable only at moderate pressures, but above a certain point, machine designers were forced to compromise between the extra friction generated by tighter packing and greater leakage of steam. Vulcanized rubber solved this problem. It could be formed to precise shapes and dimensions, it accepted moderate to large deformations under load and recovered quickly to its original dimensions once the load is removed. These qualities, combined with good durability and lack of stickiness, were critical for an effective sealing material. Further experiments in the processing and compounding of rubber by Hancock and his colleagues led to a more reliable process.

In 1905 George Oenslager discovered that a derivative of aniline called thiocarbanilide accelerated the reaction of sulfur with rubber, leading to shorter cure times and reducing energy consumption. This breakthrough was almost as fundamental to the development of the rubber industry as Goodyear's sulfur cure. Accelerators made the cure process faster, improved the reliability of the process and enabled vulcanization to be applied to synthetic polymers. One year after his discovery, Oenslager had found hundreds of applications for his additive. Thus, the science of accelerators and retarders was born. An accelerator speeds up the cure reaction, while a retarder delays it. A typical retarder is cyclohexylthiophthalimide. In the subsequent century chemists developed other accelerators and ultra-accelerators, that are used in the manufacture of most modern rubber goods. 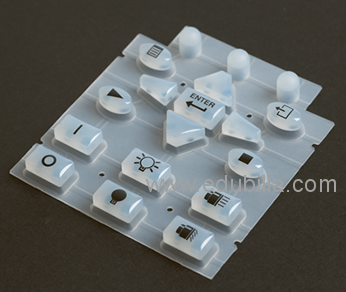 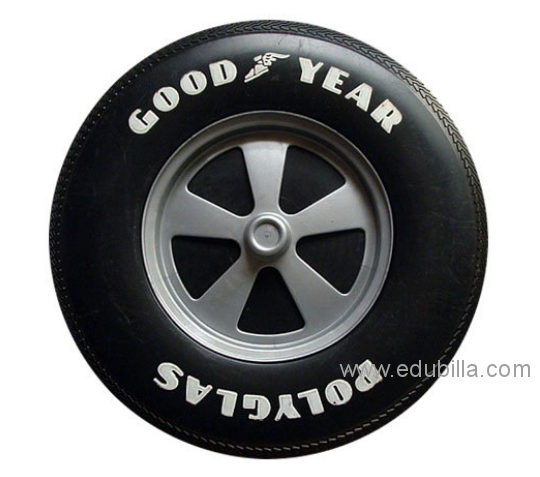