A Solvay process is for manufacturing sodium carbonate whereby a concentrated solution of sodium chloride is saturated with ammonia, carbon dioxide is passed through it, and the product is calcined.

An industrial process, also known as the ammonia-soda process, for the manufacture of sodium carbonate.Sodium chloride (common salt), ammonia, carbon dioxide, and water react to give precipitated sodium bicarbonate, which on heating gives sodium carbonate and carbon dioxide for recycling. It was invented by the Belgian chemist Ernest Solvay (1838–1922) and patented by him 1861. By 1913 the process was producing a large part of the world's sodium carbonate.

Often there are many ways by which a particular chemical can be manufactured. Different raw materials and different reactions may be used to get the same end product. From the many available methods, the chemical industry chooses the most economical one. A good process uses the cheapest and most easily obtainable starting materials, which undergo a series of reactions. It may be that the by-products can be used again in the process or have value in other branches of the chemical industry. Methods which produce large quantities of useless by-products are rejected.

Sodium carbonate can be made in many ways but for reasons of economy most of it is now manufactured by the Solvay process. It has as its stating materials common salt (sodium chloride) and limestone (calcium carbonate), both of which are cheap and readily available. Ammonia is used in the process but it can be used over and over again so only a small quantity of it is needed to replenish that which is lost. The Solvay process consists of a continuous series of reactions from which the end product, sodium carbonate, results. Unfortunately sodium chloride cannot be made to change partners directly with calcium carbonate to form sodium carbonate and calcium chloride. But the same end can be achieved in a roundabout way by a series of reactions involving the use of ammonia.

After filtration the sodium bicarbonate is heated. It decomposes into carbon dioxide, an intermediate product which is used again in the process, water, and sodium carbonate, the end product of the process.

The sodium chloride used in the first reaction (the one in which the sodium bicarbonate is formed) is one of the starting materials for the process, but the ammonium bicarbonate with which it reacts has to be made by a separate series of reactions from limestone and ammonia. Limestone (calcium carbonate) is roasted in a kiln where the application of heat causes it to decompose into quicklime (calcium oxide) and carbon dioxide:

The quicklime from the third reaction (the roasting or calcination of the limestone) is used to regenerate ammonia from the ammonium chloride by-product of the first reaction. The quicklime (calcium oxide) is first slaked by adding it to water. Chemically, this converts it into calcium hydroxide. When calcium hydroxide is heated with the ammonium chloride, ammonia is given off, leaving behind calcium chloride (for which there is little commercial demand):

Salt is dissolved in water to make a solution that is almost saturated, i.e., it is as concentrated as possible. This is usually done by pumping water into the salt deposit. The brine may contain soluble calcium and magnesium salts which have to be removed in a kind of water softening plant. The purified brine now enters tall cast iron "ammoniating towers" or absorbers down which it it trickles against a rising stream of ammonia gas. Heat is given out as the ammonia dissolves. As the temperature must be low to keep the ammonia in solution, the ammoniated brine is cooled half-way down the tower and again before it is sent on to a similar tower where compressed carbon dioxide from a lime kiln is forced into the liquid. This is the precarbonating tower. The process is repeated in the carbonating tower using carbon dioxide from the "drier." The sodium bicarbonate solid formed is filtered out from the ammonium chloride solution. This solution goes back to the lime still to regenerate more ammonia. The sodium bicarbonate is heated in the calciner and the sodium carbonate from this passes to the cooler to cool down.

The lime kiln is fired with coke. Air is blown in to provide oxygen for the coke to burn in so that it releases the heat needed to decompose the limestone. Quicklime from the bottom of the kiln is converted into slaked lime in the slaker and then is passed to the lime still where ammonia is regenerated from the ammonium chloride solution. The heat is provided by steam. Hot ammonia gas from the still is cooled before returning once more to the absorber. It is uneconomic to recover the calcium chloride from the sludge leaving the bottom of the tower. This waste is harmless and is usually dumped in rivers or in the sea, whichever is more convenient.

The plant is, in fact, usually situated near a river which can also supply the large quantities of water needed for the cooling units and to make steam used for power generation in the lime still. 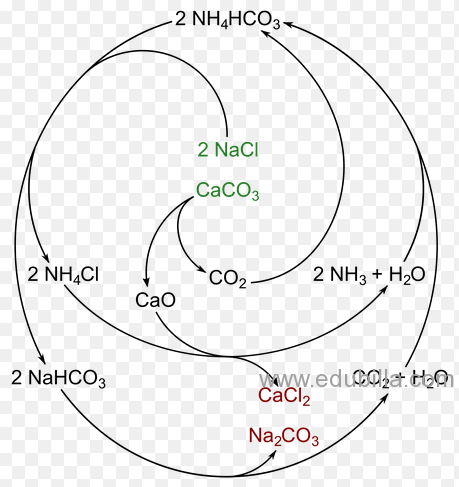 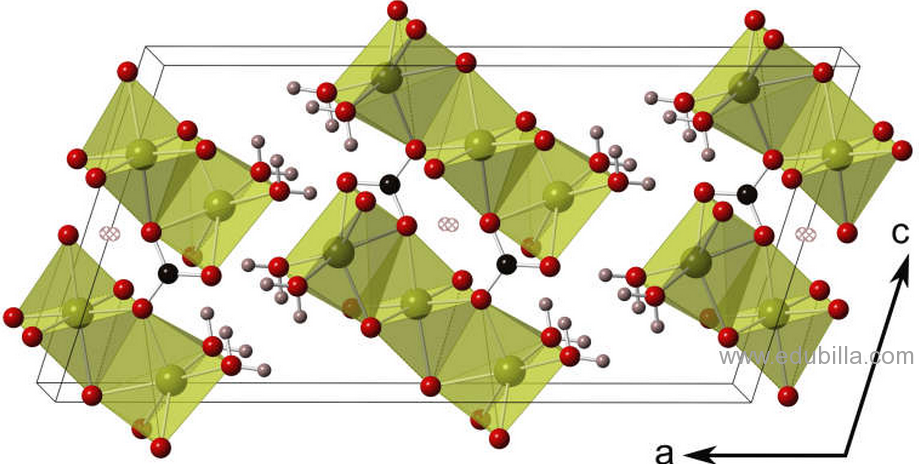