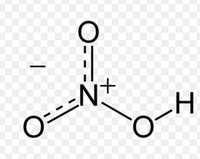 Nitric acid (HNO3), also known as “spirit of niter,” is a very strong acid.Between 75-80% of industrial nitric acid is used as a raw material in the production of fertilizer.It is also used in niche industries such as rocket fuel, woodworking (where it is used to artificially age wood) and cleaning stainless steel. It remains an important chemical, however, in the laboratory as it is used as an analytical reagent.

The Ostwald process is the procedure for making nitric acid.It was patented in 1902 by Wilhelm Ostwald, a Nobel Prize–winning German chemist.

Curiously enough, invention of the Ostwald process is usually credited by academic historians to Charles Frédéric Kuhlmann, who devised the reactions used in the Ostwald process.Also, the time of invention itself is not believed to be 1902 but 1908 instead. It is said that the then-increasing demands for ammonia and the subsequent completion of the Haber–Bosch process for creating led Ostwald to refine and commercialize the process.Alternatively, other historians claim that the six-year duration was simply the time it took between the filing of the patent and its granting to Ostwald.At any rate, both the Haber–Bosch and Ostwald process would prove indispensable to Germany’s war effort as it entered World War I and domestic demand for fertilizers (an ammonia-based product) and explosives (of which nitric acid is a primary component) surged.

The Ostwald process works by converting ammonia into nitric acids in two stages.

The heat produced from the reaction further oxidizes the nitric oxide into nitrogen dioxide. 2 NO + O2 ? 2 NO2

As both reactions are exothermic—the second oxidation reaction has a slightly lower heat of reaction of ?117 kJ/mol, but it is still heat-producing nonetheless—it is normal for operating temperatures to eventually exceed the recommended 780–950 °C (1436–1742 °F) range.

One must take in mind that both oxidation reactions presented above are reversible, and shifting the equilibrium in favor of the products side can be achieved by cooling. This is done by passing the gasses through a heat exchanger.

By the second stage, the nitrogen dioxide produced from oxidation is readily soluble in water. Nitrogen dioxide is immediately converted into nitric acid as follows: 3 NO2+ H2O ? 2 NHO3+NO

As you can see, nitric oxide is again produced, this time during the production of nitric acid. This nitric acid is collected and recycled for reoxidation using the same reaction.

In cases where the second stage is conducted in air (as opposed to nitrogen dioxide being absorbed by water), the following reaction prevails: NO2+ O2+2 H2O ? 4 NHO3

The production of nitrous oxide can be prevented by simply increasing the temperature of the catalyst in order to accelerate the desorption velocity of nitric oxide, thus allowing it to become reoxidized in the air using the second reaction from the first stage, instead of reacting with other catalyst-adsorbed nitrogen atoms.

Either unfavorable side reactions can be averted by minimizing the time of contact between the gases involved.Increasing the concentration of the nitric acid product can be done through distillation—that is passing the nitric acid vapor over concentrated sulfuric acid. As the sulfuric acid is aqueous and is more acidic than nitric acid, the former acts as a dehydrating agent for the later.

The end result is a highly concentrated nitric acid solution. 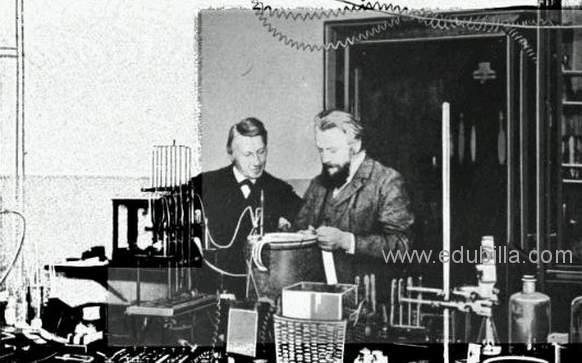