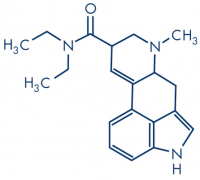 LSD was first synthesized on November 16, 1938 by Swiss chemist Albert Hofmann in Sandoz Laboratories in Basle, Switzerland. However, it was a few years before Albert Hofmann realized what he had invented. LSD known as LSD-25 or Lysergic Acid Diathylamide is a psychoactive hallucinogenic drug.

LSD-25 was the twenty-fifth compound developed during Albert Hofmann's study of amides of Lysergic acid, hence the name.LSD is considered a semi-synthetic chemical, the natural component of LSD-25 is lysergic acid, a type of ergot alkaloid that is naturally made by the ergot fungus, a synthesizing process is necessary to create the drug.

LSD was being developed by Sandoz Laboratories as a possible circulatory and respiratory stimulant. Other ergot alkaloids had been studied for medicinal purposes, for example, one ergot was used to induce childbirth.

LSD - Discovery as a Hallucinogen

It was not until 1943 that Albert Hofmann discovered the hallucinogenic properties of LSD. LSD has a chemical structure that is very similar to the neurotransmitter called serotonin. However, it is still not clear what produces all the effects of LSD.

According to a Road Junky writers, "Albert Hoffman deliberately dosed himself  with just 25 mg, an amount he didn't imagine would produce any effect. Hoffman got on his bicycle and rode home [from the Lab] and arrived in a state of panic. He felt he was losing his grip on sanity and could only think to ask for milk from the neighbors to counter the poisoning."

Albert Hoffman wrote this about his LSD experience, "Everything in the room spun around, and the familiar objects and pieces of furniture assumed grotesque, threatening forms. The lady next door, whom I scarcely recognized, brought me milk… She was no longer Mrs. R., but rather a malevolent, insidious witch with a colored mask.”

Sandoz Laboratories, the only company to manufacture and sell LSD. first marketed the drug in 1947 under the trade name Delysid. 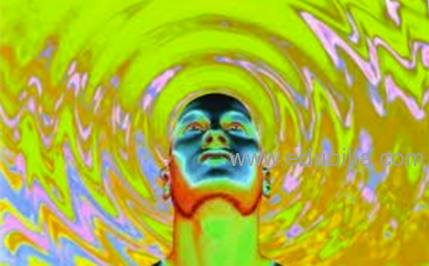 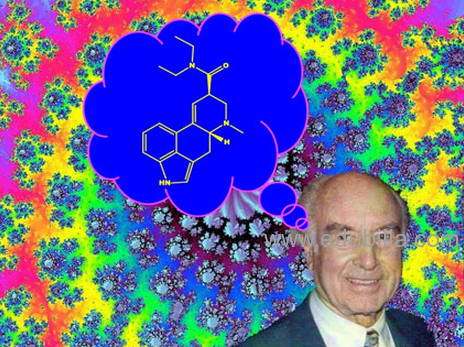