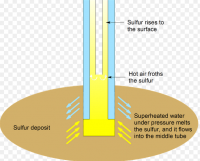 Frasch process, method of mining deep-lying sulfur invented by the German-born American chemist Herman Frasch. The process involves superheating water to about 170 °C (340 °F) and forcing it into the deposit in order to melt the sulfur (melting point of about 115 °C, or 240 °F), which is lifted to the surface by means of compressed air. The mixture of sulfur and water is then discharged into bins, where the 99 percent pure sulfur is allowed to solidify.

Frasch first successfully mined sulfur by this process at the Sulfur Mine in Louisiana in 1894. In 1895 the Union Sulphur Company was organized with his help to produce Frasch-process sulfur. Other companies soon began production from deposits located near the Gulf of Mexico in Texas and Louisiana.

Frasch-process sulfur produced at the Gulf Coast salt domes constituted the major source of U.S. sulfur production and dominated the world market until approximately 1970. At that time sulfur recovered as a by-product of oil refining and natural gas production became significant. 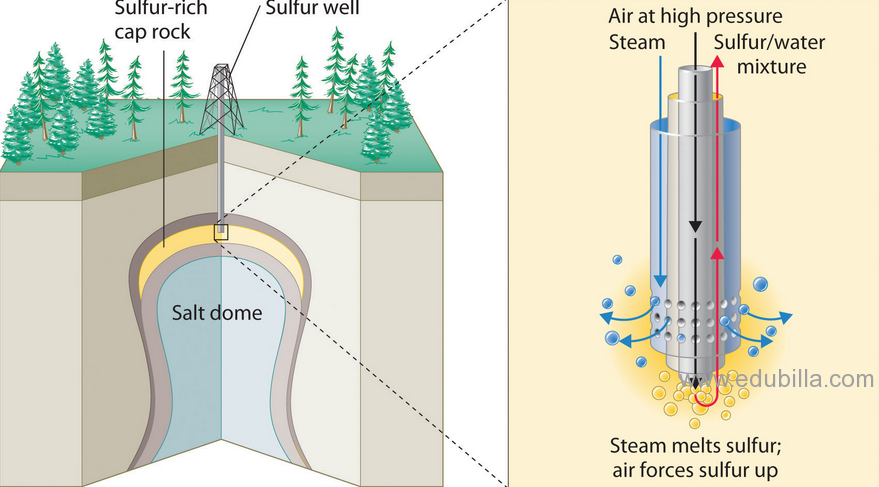