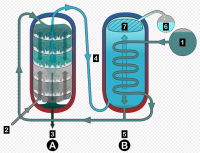 A column still, also called a continuous still, patent still or Coffey still, is a variety of still consisting of two columns.

The design was to be improved and patented by an Irishman, Aeneas Coffey. Educated at Dublin's Trinity College, Coffey had ample opportunities to observe all manner of still designs because he had worked for a quarter of a century as an excise tax collector. He knew how much could be produced in a given period of time. He also knew that the new continuous stills had a flaw. To obtain a higher proof spirit, receiving vessels had to be changed so multiple distillations could take place.

Coffey opened the Dock Distillery on Grand Canal Street in Dublin. The main feature of his operation was a customised still of his own design—or rather Stein’s design with a minor modification. Coffey inserted two pipes into Stein’s column still that allowed a greater portion of the vapours to re-circulate into the still instead of flowing into the receiver with the spirit. This eliminated the need for multi-distillation and produced a spirit with a higher proof and lighter character. In 1830, he was granted Patent #5974 for his design, a two-column continuous still.

Nearly every liquor producer in Europe and the Americas embraced Coffey's new continuous column still. Cuban rum, gin, vodka, blended Scotch whisky, and blended Irish whiskey all gained new stature as output went through the roof and the character of the spirit became smoother and generally more palatable. Within five years of receiving his patent, Coffey had enough orders to warrant the establishment of Aeneas Coffey & Sons in London, a company that remains in operation today under the name John Dore & Co Limited. He closed Dock Distillery four years later and devoted all of his time to building and installing stills in distilleries owned by others. At the time, Irish distillers were the dominant force in global whiskey production. Unfortunately for Coffey, his invention was shunned by the Irish who considered the whiskey produced from his still as bland and tasteless.They decided to persevere with their famous pot still whiskey and Coffey was forced to look overseas and to Scotland in particular. 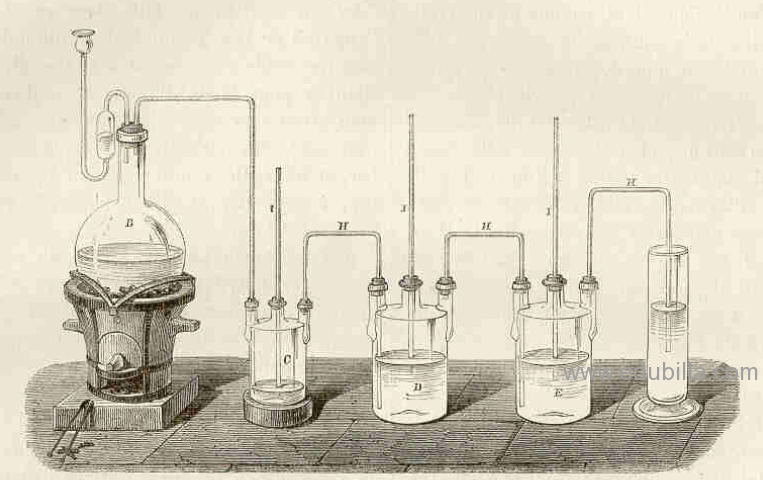