Hong Kong (香港; "Fragrant Harbour"), officially known as Hong Kong Special Administrative Region of the People's Republic of China, is a region on the southern coast of China geographically enclosed by the Pearl River Delta and South China Sea. Hong Kong is known for its expansive skyline and deep natural harbour, and with a land mass of 1,104 km2 (426 sq mi) and a population of over seven million people, is one of the most densely populated areas in the world. Hong Kong's population is 93.6% ethnic Chinese and 6.4% from other groups. Hong Kong's Cantonese-speaking majority originate mainly from the neighbouring Guangdong province, from which many of them fled to escape wars and communist rule in mainland China from the 1930s to 1960s.

Hong Kong was established as a colony of the British Empire after the First Opium War (1839–42). Hong Kong Island was first ceded in perpetuity to Great Britain, followed by Kowloon Peninsula in 1860 and then the New Territories were put under lease in 1898. It was occupied by Japan during The Second World War (1941–45), after which the British resumed control until 1997. The amalgam of British and Chinese culture during the colonial era shaped the current culture of Hong Kong. For example, the educational system followed the British model until 2009.

As a result of the negotiations and the 1984 agreement between China and Britain, Hong Kong was handed over to the People's Republic of China and became its first Special Administrative Region on 1 July 1997, under the principle of "one country, two systems" (the other special region, Macau, attained that status when Portugal handed it over in December 1999). Hong Kong has a different political system from mainland China. Hong Kong's independent judiciary functions under the common law framework. The Hong Kong Basic Law , the constitutional document drafted by the Chinese side before the handover based on the terms enshrined in the Joint Declaration, governs its political system, and stipulates that Hong Kong shall have a high degree of autonomy in all matters except foreign relations and military defence. Although it has a multi-party system, a small-circle electorate controls 30 out of 70 seats of its legislature, which was classified as flawed democracy with the lowest score in political rights among advanced economies.

Hong Kong is a world city and is one of the Al­pha+ cities. It has the largest income inequality among advanced economies. It also has one of the highest per capita incomes in the world, and has a high Human Development Index and high international rankings in financial and economic competitiveness. As Hong Kong ranks as the third most important international financial centre, after London and New York City, it has a major capitalist service economy characterised by low taxation and free trade, and the currency, the Hong Kong dollar, is the eighth most traded currency in the world. The limited space created demand for denser construction, which developed the city into a centre for modern architecture and the world's most vertical city. The confined area has also led to a highly developed transportation network with the public transport travelling rate exceeding 90 percent, the highest in the world. Air pollution and smog is a serious problem with loose emission standards and a high level of atmospheric particulates compared to other advanced economies. 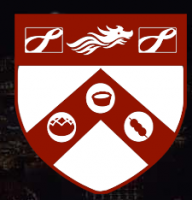