Discover all educational resources in Germany

Germany (/ˈdʒɜrməni/; German: Deutschland), officially the Federal Republic of Germany (German: Bundesrepublik Deutschland, pronounced [ˈbʊndəsʁepuˌbliːk ˈdɔʏtʃlant] ( )), is a federal parliamentary republic in western-central Europe consisting of 16 constituent states, which retain limited sovereignty. Its capital and largest city is Berlin. Germany covers an area of 357,021 square kilometres (137,847 sq mi) and has a largely temperate seasonal climate. With 80.6 million inhabitants, it is the most populous member state in the European Union. Germany is a major economic and political power of the European continent and a historic leader in many cultural, theoretical and technical fields. After the United States, Germany is the second most popular migration destination in the world.

Various Germanic tribes have occupied what is now northern Germany and southern Scandinavia since classical antiquity. A region named Germania was documented by the Romans before AD 100. During the Migration Period that coincided with the decline of the Roman Empire, the Germanic tribes expanded southward and established kingdoms throughout much of Europe. Beginning in the 10th century, German territories formed a central part of the Holy Roman Empire. During the 16th century, northern German regions became the centre of the Protestant Reformation. The rise of Pan-Germanism inside the German Confederation, which had been occupied during the Napoleonic Wars, resulted in the unification of most of the German states in 1871 into the Prussian dominated German Empire.

As a result of the military defeat in World War I, and the German Revolution of 1918–1919, the Empire was replaced by the parliamentary Weimar Republic, and lost some of its territory. This was codified in the Treaty of Versailles. Despite its prominence in many scientific and cultural fields at that time, Germany experienced significant economic and political instability, which intensified during the Great Depression. The establishment of the Third Reich, or Nazi Regime, in 1933 eventually led to World War II and the Holocaust. After the defeat of 1945, Germany was divided by Allied occupation, and evolved into two states, East Germany and West Germany. In 1990, the country was reunified.

Germany has the world's fourth-largest economy by nominal GDP and the fifth-largest by purchasing power parity. As a global leader in several industrial and technological sectors, it is both the world's third-largest exporter and third-largest importer of goods. It is a developed country with a very high standard of living, featuring comprehensive social security that includes the world's oldest universal health care system. Known for its rich cultural and political history, Germany has been the home of many influential philosophers, artists, musicians, cineasts, entrepreneurs, scientists and inventors. Germany was a founding member of the European Community in 1957, which became the EU in 1993. It is part of the Schengen Area, and has been a member of the eurozone since 1999. Germany is a great power in the world, and is a member of the United Nations, NATO, the G8, the G20, the OECD and the Council of Europe. 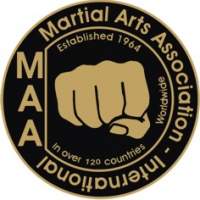 Austrian Association of Research and Development i...