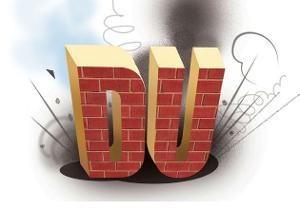 With an aim of encouraging research scholars to study various aspects of North East India, Delhi University is soon going to launch a North East India Studies Programme (NEISP).  The research programme, which will be a fully funded one, is likely to be started from the next academic session.  "Though concerns have been raised in the past about various issues of North Eastern states, there is not enough understanding about the areas and the people, not just among laymen but also intellectuals," Kamei Aphun, Convenor of NEISP, told PTI.  "Also, there is lack of research. Hence, we decided to develop this programme," he added.  The NEISP, which has been approved by the Department of Sociology's council, is yet to be placed before varsity's Academic Council following which it will be officially introduced.  "Meanwhile, we are working on a vision document which will be presented to UGC to seek their support.  A five-member committee has been established in the department which is taking care of that," Aphun said.  With the North Eastern studies finding a bigger space in DU's curriculum, the varsity is also planning to include syllabi on North East studies in its MA and MPhil programmes offered by the Department of Sociology.  "In 1970, a module called Area Study Programme was introduced by Delhi University under which North East was offered as one of the areas. However, due to some reasons it was discontinued after 7-8 years.  In 2011, I placed a proposal to revive the programme," Aphun elaborated.  This programme will accelerate Social Science research and learning and promote studying "other culture".  The department is known for comparative studies of different societies and therefore this initiative would help gain holistic understanding of the Indian society, he added.  However, it will run under the department and the larger vision is to bridge the gap between the region and the rest of the country.  The varsity has also established a "think-tank" featuring academics from JNU, JMI, North Eastern Hill University (NEHU), Tata Institute of Social Sciences (Guwahati), media professionals, Delhi Police and representatives from the DONER (Development of North Eastern Region) ministry and NEC (North Eastern Council) to deliberate upon the issues pertaining to the North East.Source-timesofindia.indiatimes