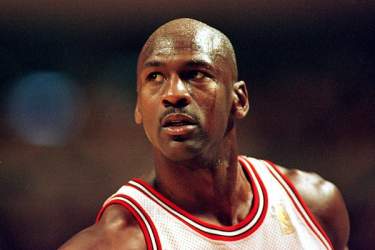 “I can accept failure, everyone fails at something. But I can’t accept not trying.” – Michael Jordan.

Michael Jordan is perhaps the greatest NBA player of all time. 6 championship rings, 5 NBA MVPs and 6 finals MVPs are just a few achievements in his highly celebrated basketball career. Jordan wasn’t just a great player, he had an amazing work ethic, outlook on life and the ability to inspire and motivate millions of people around the world.

Here are 5 lessons about success, life, passion and commitment we can learn from Michael Jordan’s story.

Use Setbacks As Fuel

“I’ve missed more than 9000 shots in my career. I’ve lost almost 300 games. 26 times, I’ve been trusted to take the game winning shot and missed. I’ve failed over and over and over again in my life. And that is why I succeed.”

Michael Jordan was one to embrace setbacks and failure as motivation. Cut from his high school team as a sophomore, he used that as fuel and trained intensely. His work paid off. Next year he made the team and in his senior year, he made the All-American High School Team.

Michael Jordan broke a foot in the 1985-86 season, but that didn’t stop him. His team made the playoffs without him and even set the record for most points in a playoff game (63) in a losing series against the Boston Celtics. He made a full recovery by the start of the 1986-87 season and became just the second player to score 3,000 points in a season!

Jordan developed an amazing work ethic and determination which let him thrive through every adversity he faced!

Expect Greatness From Yourself

One of Michael’s mantras is that for amazing things to happen you have to focus and prepare for amazing things to happen. This is extremely powerful; by focusing on potential positives instead of failures, you open yourself up to opportunities for success and achievement. This is exemplified in his quote, “You have to expect things of yourself before you can do them.”

Focusing on the right things is one of the keys to accelerating your success. Scanning for positives out of a situation makes us happier and productive, making us more likely to succeed. By focusing on the potential positives and expecting great things, this motivates our body and mind on doing the things that could make it happen. In the case of many successful athletes and businesspeople, strong self-belief is a key to their success.

“I’ve never been afraid to fail.”

Along with processing setbacks and failure as fuel and motivation, Michael chose to embrace failure itself instead of fearing it. This is a great ethos: if failure happens, it happens. It’s only terrible if you process it as terrible. Jordan describes fear as an ‘illusion’ that he overcome. Fearing failure itself limits your potential success.

Michael said in an interview that he had no disappointments in his playing career. He said there were things that were negative, but he always took them as a positive because it’s a great learning experience and without them, other great things wouldn’t have happened.

Stick To The Basics

“The minute you get away from fundamentals – whether its proper technique, work ethic or mental preparation – the bottom can fall out of your game, your schoolwork, your job, whatever you’re doing.”

Michael said to stick to the fundamentals and don’t get lost in the details. He always tried to find an edge at whatever he worked at and part of that was never losing sight of the basics.

Another important Jordan quote says never to try and skip over anything basic: “If you try to shortcut the game, then the game will shortcut you.” The message is great: if you try to cut corners or think you’re beyond doing something that seems basic then you will not be rewarded. To be successful everyone has to stick to certain fundamentals or they will stray from productive habits and focus too much on things that don’t matter.

Michael Jordan worked extremely hard to reach every goal. Tony Robbins quotes Michael as saying his success was due to demanding more out of himself than anyone else. When he took a break to play baseball, Jordan was reported as the earliest player at the diamond and the last person to leave, working endless hours with a batting coach to get better. Michael’s Chicago Bull teammates all reported him as the first one to arrive and the last one to leave at the team gym every day.

A combination of his athletic gift and long, tough, deliberate practice was part of Michael Jordan’s success formula.