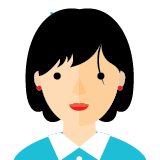 Tara replied 3 years ago
Thank you lavanya for sharing this list. Surely, it will be useful for students to find the best Australian university.