Discover all educational resources in Bhavnagar

Bhavnagar ( Bhāvnagar, ભાવનગર, भावनगर) is the fifth largest city in the state of Gujarat after Ahmedabad, Surat, Vadodara & Rajkot. Bhavnagar was founded in 1724 by Bhavsinhji Gohil (1703–1764). It was the capital of Bhavnagar State, which was a princely state before it was merged into the Indian Union in 1948. It is now the administrative headquarters of the Bhavnagar district.

Bhavnagar is situated 198 km from the state capital Gandhinagar and to the west of the Gulf of Khambhat. Bhavnagar is always an important city for trade with many large and small scale industries. Alang world's largest ship breaking yard is located just 30 kms away. Palitana Jain temples which is an important holy place for Jain's are situated just 27 km away from Bhavnagar. Velavadar national park situated just 40 km away and is home to endangered species like wolfs, antelopes, blackbucks. 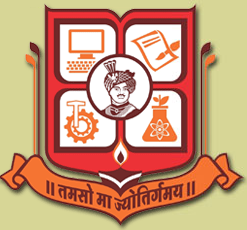 View More
Other Names for Bhavnagar