The school is non-selective and seeks students with a wide range of skills and abilities. It provides inclusive education that uses modern learning technologies and a range of teaching strategies to develop the acquisition of life-long, independent learning and research skills.
The quest of Child Education Society, the Apex Body of Bal Bharati Public Schools for ‘Better and Better’ and a strong commitment to providing quality education to the masses worked as catalysts in conceiving and establishing an educational institution in Manesar, Haryana.
3rd of August 2006 - the hammer went down and yet another Bal Bharati Public School saw the light of day, this time marking its presence in the industrial town of Manesar in Haryana.
20703 Sq. m. of land was acquired in an open auction from HSIIDC- the Haryana State Industrial Infrastructure Development Corporation Ltd. Construction of the school building started within a couple of months of acquisition of the land and in a very short time one wing of the proposed extremely imposing school structure took shape and became operational. The school opened its portals for formal coaching in the Primary wing on the 1st of April 2008. Today, after the completion of seven academic sessions, the school boasts of classes from Montessori to Class XII with state of the art infrastructure and high levels of academic excellence. With the sagacity of Mr. Nikhil Channa, its Chairman, pro-active guidance of its Secretary, Ms. Suruchi Gandhi and dedicated perseverance of Mrs. Ujwal Malhotra its Principal- the school is moving from strength to strength. From the very first day of its inception BBPS Manesar has had the good fortune of following the tried and tested educational policies and drawing upon the expertise of its senior mentors at other units.
The curriculum which is being followed is structured in accordance with other units in Delhi and the NCR, the evaluation is based on a grading system and a student’s performance is assessed during the entire year.
The students are imparted education in art and craft, foreign language, dance, music and computers.

Bal Bharati Public School Manesar is a place where people want to be because we are motivated and equipped to achieve more than we ever thought possible.

The mission of the school is to create an environment in which parents, community members, teachers, and students work collaboratively in providing an education that enables all students to become productive members and leaders in a demanding, multi-cultural and technological society. 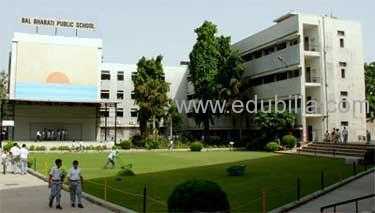