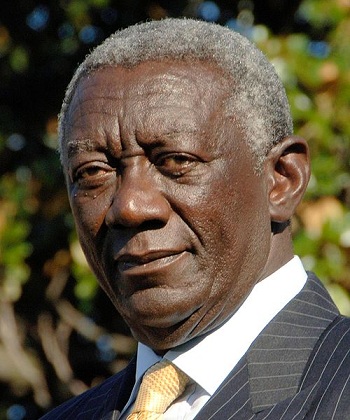 John Kofi Agyekum Kufuor (born 8 December 1938) is a retired Ghanaian politician and statesman who served as the second President of the Fourth Republic of Ghana (2001–09) and Chairperson of the African Union (2007–08). His victory over John Atta Mills after the end of Jerry Rawlings' second term marked the first peaceful democratic transition of power in Ghana since the country's independence in 1957.In 2011, he won the World Food Prize for Creating and implementing government policies to alleviate hunger and poverty in their countries.