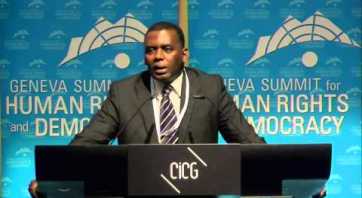 Biram Dah Abeid is a Mauritanian politician and advocate for the abolition of slavery.He was listed as one of "10 People Who Changed the World You Might Not Have Heard Of" by PeaceLinkLive in 2014.He has also been called the Mauritanian Nelson Mandela by online news organisation Middleeasteye.net. Biram Dah Abeid received the Front Line Award for Human Rights Defenders at Risk of the Irish NGO Front Line Defenders and in December 2013, he received the UN Human Rights' Prize.