The Queen's for Voluntary Service Award

Any group of 2 or more people doing volunteering work can be nominated for the award. The majority of the group must be volunteers, and more than half the volunteers must have the right to live in the UK.

Winners get a certificate signed by the Queen and a domed glass crystal. Representatives from the group may also be invited to attend a royal garden party. 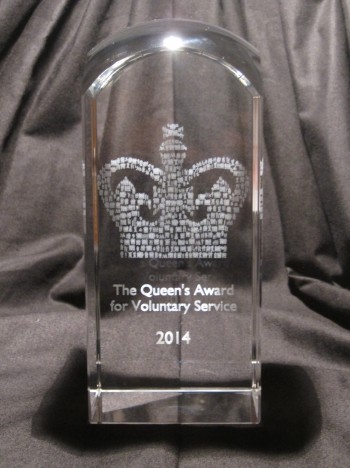 Award Organized By: The British Monarchy