Jonas Rivera The Oscars Awarded In 2016

Jonas Rivera is an American producer. He produced the Pixar film Up (2009) and is an alumnus of San Francisco State University who has worked with Pixar Animation Studios since 1994. He was born in Castro Valley, California, United States. As a boy, he wanted to become an animator, but according to him, he could not draw: "I was a terrible artist, and I still am." Rivera graduated from San Francisco State University with a degree in Film Production. In 2009, Jonas won a Producer’s Guild of America award for his work on Pete Docter and Bob Petersen’s film Up.  The film received rave critical reviews and audiences fell in the love with the film’s main characters, Carl and Russel.  Up made a total of  $731 million worldwide, and went on to win Best Animated Feature Film and Best Original Score at the 2010 Academy Awards.  It was also nominated for Best Screenplay, and became the first computer animated film ever to receive a Best Picture nomination. Jonas is currently producing Pete Docter’s new film Inside Out, set for release in 2015. In 2016, he received the Oscar Award for Best Animated Feature Film. 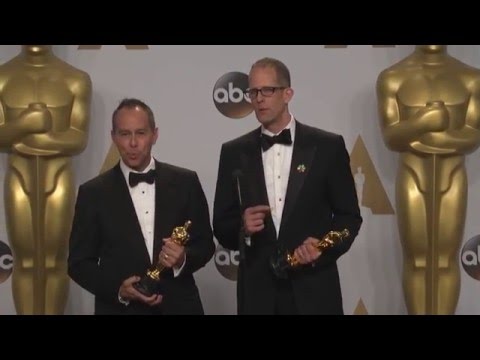