Brie Larson The Oscars Awarded In 2016 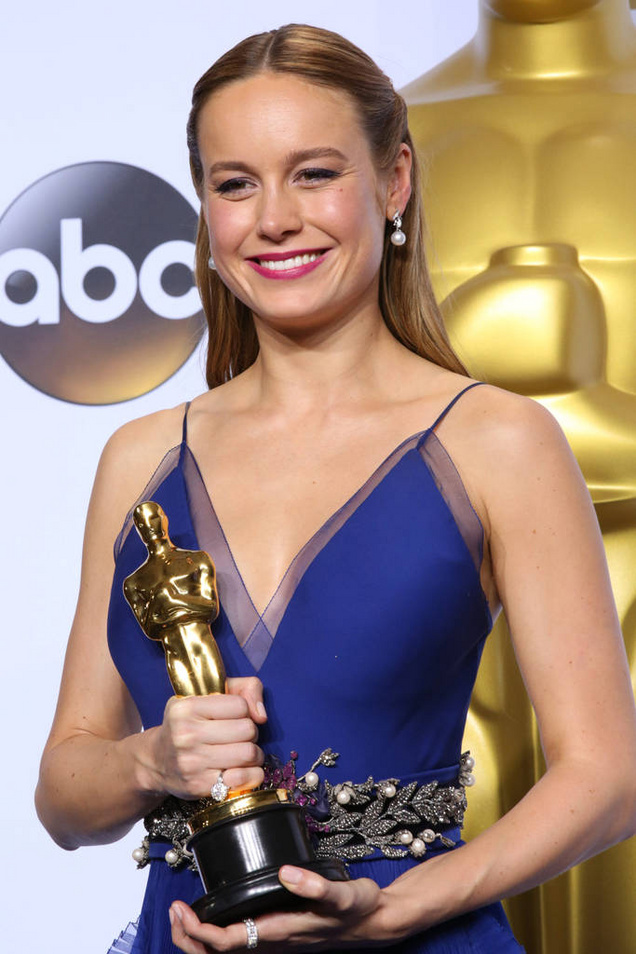 Brianne Sidonie Desaulniers known professionally as Brie Larson, is an American actress and singer. Born in Sacramento, California, Larson was home-schooled before she studied acting at the American Conservatory Theater. She began her acting career in television, appearing as a regular on the 2001 sitcom Raising Dad, for which she was nominated for a Young Artist Award. At 15, Larson launched a short-lived music career and went on to release only one album in 2005. In 2009, Larson began appearing on the popular series United States of Tara. She soon moved on to such diverse films as the action comedy 21 Jump Street (2012) and the critically acclaimed indie outing Short Term 12 (2013). In 2016, Larson won a Golden Globe and Oscar for her work in the widely heralded drama Room. She was born on October 1, 1989 in Sacramento, California, United States. She's worked steadily ever since, in television series, TV movies and feature films, playing popular girls, as in The Spectacular Now (starring Shailene Woodley) and 2010's Scott Pilgrim vs. the World (starring Michael Cera), as well as troubled rebels, as in United States of Tara (created by Diablo Cody) and Rampart (starring Woody Harrelson). In her Oscar-winning role in Room, she played a kidnapped mother plotting her escape with her 5-year-old son who has never seen the outside world. Her other credits include TV's Raising Dad (2001-02, with Kat Dennings) and the feature films Hoot (2006), 21 Jump Street (2012, starring Channing Tatum) and Trainwreck (2015, as Amy Schumer's sister).