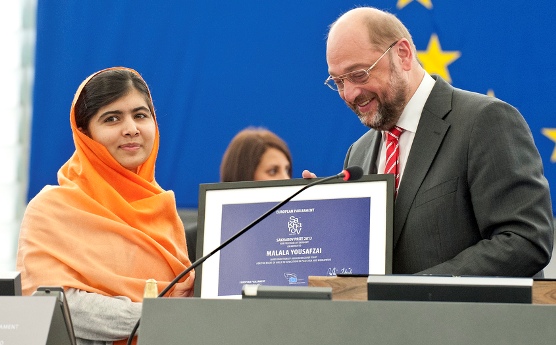 Malala Yousafzai (born 12 July 1997) is a Pakistani activist for female education and the youngest-ever Nobel Prize laureate.She is known mainly for human rights advocacy for education and for women in her native Swat Valley in the Khyber Pakhtunkhwa province of northwest Pakistan, where the local Taliban had at times banned girls from attending school. Yousafzai's advocacy has since grown into an international movement.She received the Sakharov Prize for the Freedom of Thought, received from the European Parliament in 2013 for Campaigner of women's rights and education.