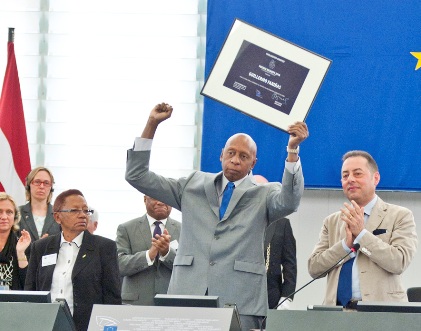 Guillermo Fariñas Hernández (born 3 January 1962) is a Cuban doctor of psychology,independent journalist and political dissident in Cuba. He has conducted 23 hunger strikes over the years to protest various elements of the Cuban regime.He has stated that he is ready to die in the struggle against censorship in Cuba.On 20 October 2010 Fariñas was awarded the Sakharov Prize for Freedom of Thought by the European Parliament.In presenting the award the parliament commended Fariñas saying that he was a "symbol of the fight for freedom of speech".This marks the third time that the award has been made to Cuban dissidents.