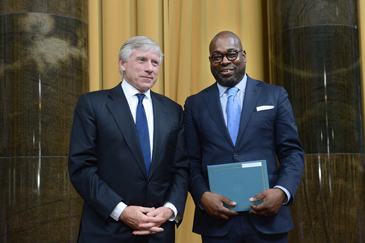 Detroit native Stephen Henderson has been editorial page editor for the Detroit Free Press since January 2009. Prior to that, he was a reporter, editorial writer and editor at the Baltimore Sun, the Chicago Tribune, the Lexington (Ky.) Herald-Leader and the Knight-Ridder Washington Bureau, where he covered the U.S. Supreme Court from 2003-2007.Henderson's work has been honored with more than a dozen national awards, including the American Society of Newspaper Editors' 2001 prize for editorial writing.

Henderson hosts a weekly talk show, "American Black Journal," and co-hosts the weekly news wrap-up show "MiWeek," both on Detroit Public Television.He won the 2014 for commentary by Editorial Page Editor Stephen Henderson, whose unflinching examination of Detroit’s financial collapse gave readers a sobering overview of the past and a hopeful road map for recovery.