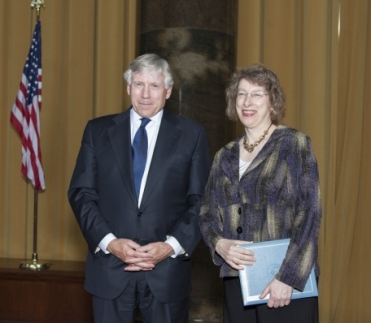 Megan Marshall (born June 8, 1954) is an award-winning American writer and scholar.She wrote The Peabody Sisters: Three Women Who Ignited American Romanticism, which was published in 2005. The book earned her a place as a finalist for the Pulitzer Prize in biography in 2006.Her second biography, Margaret Fuller: A New American Life (Houghton Mifflin Harcourt 2013), is a richly detailed account of the 19th-century author, journalist, and women’s rights advocate who perished in a shipwreck off New York’s Fire Island. It won the 2014 Pulitzer Prize in biography.