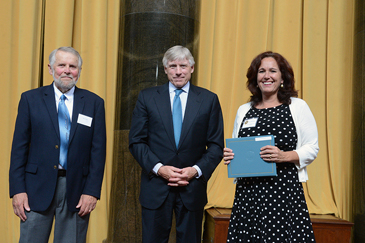 Mary McNamara is a television critic and cultural editor for the Los Angeles Times, where she has worked since 1990. Previously she was an editor at Ms. magazine and for Whittle Communications.In her nearly 25 years at The Times, McNamara has worked as an assigning editor for the Los Angeles Times Magazine, a feature writer for Life & Style and a reporter and columnist for Calendar. She covered the film industry for four years before becoming a television critic eight years ago. She was a Pulitzer Prize finalist for criticism in 2013 and 2014 and has won numerous awards for her work as a feature writer and critic.

McNamara has also written for other publications, including Ms., Glamour, Mademoiselle and the New York Times. She is the author of the novels “Oscar Season” and “The Starlet,” both published by Simon & Schuster.McNamara, a native of Maryland, attended the University of Missouri-Columbia and holds bachelor’s degrees in journalism and women’s studies. She lives in Los Angeles with her husband and three children.She received Pulitzer Prize for Criticism in 2015.