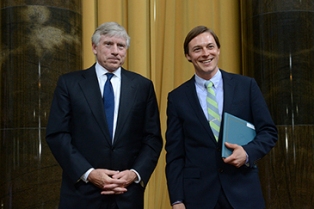 Josh Haner is a Staff Photographer and the Senior Editor for Photo Technology at The New York Times.In 2014, he won the Pulitzer Prize for Feature Photography for a photo essay documenting the recovery of a Boston Marathon bombing victim.Before joining The Times in 2006, Mr. Haner was an assistant photo editor at Fortune Magazine. His photography has appeared in numerous publications including Newsweek, Time, Fortune and Rolling Stone.

Mr. Haner’s video on Jeff Bauman’s recovery after the Boston Marathon bombing won first place in the National Press Photographers Association’s Best of Photojournalism and second place in the Pictures of the Year International contest. He was recently selected as “One to Watch” in the September 2012 issue of American Photo magazine.