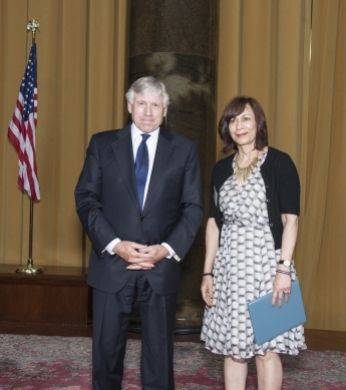 Inga Saffron writes about architecture, design and planning issues for The Philadelphia Inquirer. Her popular column, "Changing Skyline" has been appearing on Fridays in the paper’s Home & Design section since 1999. In 2012, she completed a Loeb Fellowship at Harvard University’s Graduate School of Design. She has been a finalist for the Pulitzer Prize three times, in 2004, 2008, and 2009, and in 2010 received the Gene Burd Urban Journalism Award

Inga Saffron has won journalism’s most prestigious award, the Pulitzer Prize in 2014 , for her “distinguished criticism of architecture that blends expertise, civic passion and sheer readability into arguments that consistently stimulate and surprise.” Passionate about cities, Saffron’s work has had a profound impact on Philadelphia’s city policy and development.